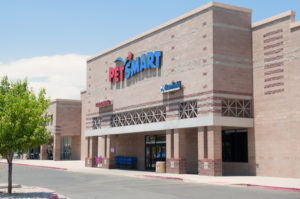 This story was updated to add details on the number of employees added to Ardian’s fund of funds team.

Ardian continues to bump up its team, including on the funds of funds side, as it sees growing opportunities in the secondaries market.

In 2014, Paris-based Ardian, which had $19.6 billion in assets under management in secondaries, hired 45 new people throughout the company, bringing the total headcount to 350, according to Ardian’s activity report released on Tuesday. Of the 45, 11 employees were added to the fund of funds team on a global basis.

In London, Ardian’s second biggest office worldwide and a major center for its funds of funds platform, it has a staff of 60 people and it expects to grow it to 70 during the course of 2015. Ardian added one employee to its UK fund of funds team in 2014.

“It is a full service office with our funds of funds team, of course, but also compliance and legal specialists and a 10-strong middle office team,” said Olivier Decannière, head of Ardian UK, in the report.

The expansion also included Ardian USA adding six people to its fund of funds team in 2014. It plans to add four more in 2015, bringing its US team to 30.

“We are reinforcing our investor relations side because we need more people on the ground who can travel to meet clients and potential clients more regularly, especially on the West Coast where we want to increase our presence,” said Benoit Verbrugghe, head of Ardian USA, in the report.

One of the big reasons for the expansion is the pick-up in secondaries activity. Ardian, formerly known as AXA Private Equity, closed its Ardian Secondary Fund VI in April 2014 with $9 billion with an additional $1 billion for primary funds of funds.

During 2014, it deployed $10.8 billion in secondaries transactions and co-investments. Last month, sister publication Private Equity International reported that Ardian is returning to market to seek an additional $9 billion for its seventh dedicated secondaries vehicle. Ardian declined to comment on the new fund.

“We raised Secondary Fund VI with the conviction that the US would start to produce an increasing flow of large secondary transactions and events have proved us right,” said Verbrugghe in the report.

He explained that most people still think that the secondary market is dominated by banks that must come into line with new regulations, but that is no longer the case. Sellers, often sophisticated investors, want to use the secondary market to access liquidity, rebalance a portfolio or reduce the number of general partners that they deal with.

“This is important for us because it means this is a sustainable market with a long-term future,” Verbrugghe added. “Secondary liquidity in private equity is becoming an everyday fact of life, it is not just a market that exists temporarily while there are forced sellers that have to find an exit.”