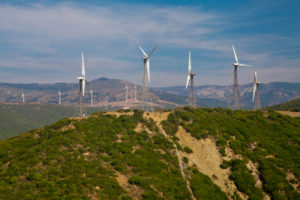 Ardian has picked up a €300 million portfolio of infrastructure LP interests from Italian banking group UniCredit, according to a statement from the French investment firm.

The stakes are held in the two funds managed by F2i, the Italian infrastructure private equity firm, according to a statement from UniCredit. The transaction is expected to close in the third quarter, pending approval from F2i. The Italian bank said the deal would give it a gross profit of €90 million but it is unclear how.

As of March 2016, F2i’s largest shareholders were Italy’s two biggest banks, UniCredit and Intessa Sanpaolo, and state investment bank CDP, each of which holds 14.01 percent.

F2i has two, Western Europe-focused infrastructure funds, the second of which closed in July 2015 on €1.24 billion, marginally above its €1.2 billion target. Investors in the fund include Chinese Investment Corporation and National Pension Service of Korea, as well as an array of Italian institutional investors and endowments.

Ardian made the acquisition through its ASF VII Infrastructure secondaries fund, which had amassed $1.7 billion as of May, Secondaries Investor reported.

The Paris-headquartered firm’s previous infrastructure secondaries fund, ASF VI Infrastructure, which closed three years ago on $525 million, has deployed $1.2 billion including funds invested through co-investments. It has achieved an internal rate of return of around 50 percent, according to the report.