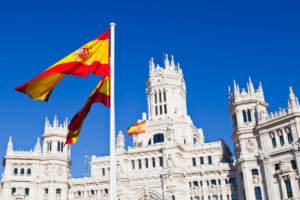 The Madrid-headquartered asset manager has formed Balboa Ventures, which intends to raise €100 million by listing shares on the Madrid, Barcelona, Bilbao and Valencia stock exchanges, according to a statement from the firm. This may be increased to €150 million.

Balboa Ventures will commit to early stage VC funds, buy stakes on a secondary basis and opportunistically take direct positions in more mature technology companies. It will mainly target funds in the US, and to a lesser extent Europe and Israel. It will also target exposure to China and South-East Asia by investing in US funds.

Arcano felt that the size and rapidly evolving nature of the VC market called for the formation of a separate firm with dedicated capital, a spokeswoman for Balboa told Secondaries Investor. By listing it aims to give public market investors access to privately held technology assets via an easily tradeable vehicle.

“In Europe, technology companies represent only 5 percent of the total market capitalisation,” she said. “Generally, the access to technology of public investors is limited or underweight in their portfolios.”

Arcano has invested in venture capital since 2011, the statement noted. Its VC holdings delivered an internal rate of return of 38 percent as of 30 June. Last December the firm held an above-target final close on Arcano Ventures, a $204 million fund aimed at institutional investors and family offices, according to PEI data.

Arcano’s private equity funds, which invest in primaries, secondaries and co-investments, have delivered a consolidated IRR of 12 percent as of end-June. Arcano Capital XII came to market last November targeting €300 million, three times the target of its predecessor.