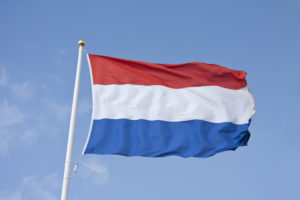 An existing limited partner in the vehicle, APG will gain ownership of a pool of 48 public-private partnerships, public finance initiatives and renewable energy assets across continental Europe and the UK. The projects will be housed within a new investment vehicle with a 25-year tenure, which DIF will continue to manage.

Launched in October 2008, DIF II reached its final €572 million close in July 2010. It went on to make 58 investments, 10 of which have been realised, DIF said. Campbell Lutyens, financial advisor to the firm on the transaction, said the deal was valued at more than €700 million.

Allard Ruijs, a partner at DIF, told sister publication Infrastructure Investor it had allowed the fund manager to beat its net IRR target of about 10 percent for the vehicle. The deal also enabled DIF III, the fund’s successor, to sell its cross-shareholdings in 12 of the portfolio assets, with the proceeds returned to Fund III LPs.

When DIF started a process to sell DIF II in the summer of 2016, it was open to selling the portfolio in one block or in parts, and offered bidders the option to retain DIF as manager of the assets. This enabled it to attract interest from a wide range of entities, Ruijs said, comprising strategic players from the M&A market, secondaries buyers or institutional investors.

DIF ultimately settled on APG as preferred bidder, allowing it to get hold of several dozens of hospitals, schools, government accommodation, roads, solar and wind projects. The transaction, still subject to regulatory approval, is expected to close in Q3.

It is the second time APG has bought an entire portfolio from DIF. The pension administrator had already bought the firm’s debut fund in 2015 , entrusting Aberdeen Asset Management with the management of the assets.

The asset manager is no stranger to infrastructure secondaries. In March 2016 the pension emerged as the buyer of a €420 million worth of stakes in Arcus Infrastructure Partners’ 2007-vintage fund, in a tender offer process also run by Campbell Lutyens, as Secondaries Investor reported.