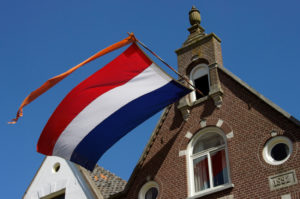 Updated to show Tishman Speyer was not the seller of the fund interest.

APG Asset Management, which manages assets for Europe’s largest pension fund Stichting Pensioenfonds ABP, has acquired another stake in a Tishman Speyer-managed fund, according to a UK regulatory filing.

APG, which is owned by ABP, the Dutch public pension fund, bought a stake in Tishman Speyer European Strategic Office Fund (ESOF) through its fund APG Strategic Real Estate Pool. It wasn’t clear who APG bought the stake from.

A spokesperson for Tishman Speyer in London said the firm owns interests in the fund it manages, but declined to say how much.

ESOF closed at around €602 million in 2003 and acquired assets in major western European central business districts including Brussels, Munich, London and Paris, according to Tishman Speyer’s website. Investors in the fund include Partners Group and Aviva, according to PEI data.

APG, which manages the pension assets of around 4.5 million Dutch citizens, has around €424 billion in assets under management.

Tishman Speyer, which developed London’s Tower Place, manages a real estate portfolio of $71.7 billion across the US, Europe, Latin America and Asia.