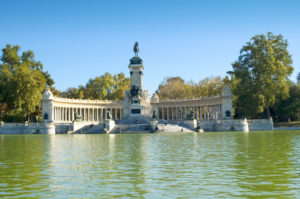 Venture capital secondaries deal flow in Europe may triple within the next few years as a rise in primary financing of tech start-ups will flow into the secondaries market, according to Roque Velasco, a managing partner at Altamar Capital Partners‘s venture capital fund of funds unit Galdana Ventures.

“In the last three years, the VC-backed industry in Europe has doubled,” Velasco told Secondaries Investor. “I would expect the VC secondaries market to double or triple in the next few years.”

VC-backed tech funding in Europe more than doubled between 2011 and 2014, with $5.7 billion invested across 855 deals last year, according to a report by research firm CB Insights.

Madrid-based Altamar is in market with Galdana Ventures I, the firm’s debut VC fund of funds targeting €150 million, as Secondaries Investor previously reported. The fund will allocate up to 20 percent to secondaries across four to five deals on an opportunistic basis and is in the process of reviewing several opportunities, Velasco said.

There is growing demand in Spain and Latin America for both Europe and US VC funds of funds, including those that invest in secondaries, due to difficulties accessing primary investment opportunities, according to Velasco.

In addition to Europe, over half of the $88.3 billion in global VC-backed investment is based in the US, and Galdana’s strategy includes helping investors gain access to this huge part of the market.

“It’s not always easy for a Spanish office or investor to invest by [itself] in Silicon Valley,” he said. “Getting access to the right funds,  finding the right size of investments and solving tax and legal paperwork makes it almost impossible for them.”

Galdana focuses on deals in the US, Europe and China, and finding good deals will not be difficult as investors will sell their stakes due to changes in macroeconomic conditions or shifts in their investment strategy, Velasco said

“In the end, it’s always about liquidity,” he said.