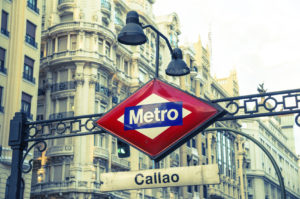 “Altamar has grown in complexity as it has expanded its offer with new alternative asset classes such as life sciences and private debt and having presence in several markets, which implies supervision by different regulatory authorities,” the statement noted. “With this new management structure, Altamar responds to the challenges posed by its growth.”

Altamar held a €545 million final close on its ninth dedicated secondaries fund in February, exceeding its target of €500 million and attracting non-Spanish European limited partners for the first time, Secondaries Investor reported. The firm focuses on highly complex deals “where price is not the only dimension”, said managing partner Miguel Zurita.

Last year it hit the €500-million hard-cap on its Private Equity Program VIII fund of funds vehicle, which has a secondaries pocket, and on its Galdana Ventures I VC fund, a €100 million vehicle that commits to primary managers and makes secondaries investments.

The firm has €5.8 billion in assets under management across offices in Madrid, Barcelona, Santiago de Chile and New York, with a representative office in Taipei.