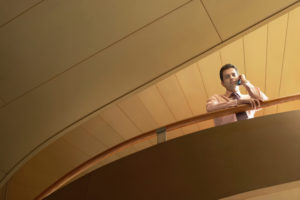 Galdana Ventures I invests mainly in top-tier global venture capital funds and managers in the information, communications and technology (ICT), software and mobile sectors, according to Altamar’s website. The fund, which was launched in July according to PEI’s Research and Analytics division, will focus on the primary market and will make sporadic purchases on the secondaries market as well as equity co-investments.

The firm expects to hold first close in the fourth quarter of this year, according to a spokeswoman.

Investors in the fund will likely include institutional investors and family offices in Spain and Latin America, as well as the fund’s managers themselves, according to Altamar’s website.

Venture capital secondaries stakes generally trade at larger discounts to other strategies such as buyout or growth equity, with a July report by Greenhill Cogent showing VC stakes traded at an average 82 percent of net asset value (NAV) during the first half of 2015, the lowest of all strategies. The average price for all strategies combined was 92 percent of NAV.

Madrid-based Altamar invested €65 million across nine secondaries transactions in 2014, Secondaries Investor previously reported. The firm has two dedicated secondaries funds which include Altamar VII, a 2013-vintage vehicle that closed on its €150 million target in February 2014 after five months of fundraising, and Altamar Secondary Opportunities IV, a 2009-vintage €65 million fund, according to PEI data.

All of the firm’s vehicles except Altamar VIII, a fund of funds that has raised €6 million above its €400 million target so far, are able to invest in secondaries deals, according to PEI data.

Founded in 2004, Altamar manages about €2 billion in assets and provides institutional and high net worth clients with access to alternative investments managers across private equity, real estate, private debt and infrastructure, according to its website.