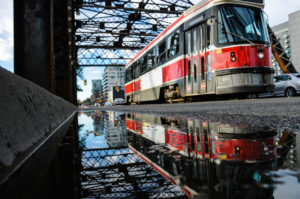 Two sources familiar with the deal confirmed the transaction while one of them said the deal involved between $400 million to $500 million worth of stakes. It is understood that Evercore advised on the deal.

A UK regulatory filing shows at least one of the stakes transferred in the deal was in Apax Europe VII and that three vehicles – AP Optimo I, AP Optimo II and AlpInvest A2 Investment Fund II – were used to acquire all of OPTrust’s interest in that fund.

Pricing AlpInvest paid for the portfolio was undisclosed.

OPTrust, which manages the OPSEU Pension Plan, the 10th largest Canadian public pension plan in terms of assets under management, according to a ranking by Boston Consulting Group, has C$18.4 billion ($13.7 billion; €12.3 billion) in net assets. The defined benefit plan comprises almost 87,000 members and retirees, according to its website.

The pension had signalled in its 2015 annual report that it was open to selling private equity stakes, noting: “We seek to complement our capital deployment strategy by selectively selling down assets within our current portfolio on an opportunistic basis.”

Private equity represented 9.2 percent of the Toronto-headquartered pension manager’s net assets at the end of 2015, up from 7.3 percent a year earlier.

AlpInvest is raising its sixth secondaries fund and held a “follow-on close” for the vehicle during the third quarter of this year, according to Carlyle’s quarterly earnings statement. The fund’s target is $6 billion, Carlyle’s chief financial officer Curtis Buser, said during an earnings call on 26 October.

OPTrust acknowledged it had transferred its stake in Apax VII to AlpInvest and declined to comment further.