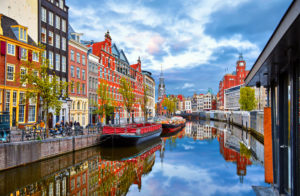 AlpInvest Partners is set to return to market with its latest secondaries programme, becoming the ninth of the 10 largest firms in the SI 30 ranking to do so.

The Carlyle Group subsidiary is targeting $8 billion for AlpInvest Secondaries Programme VII, according to three people with knowledge of the matter. Similar to previous funds, a large proportion of the vehicle will be in separate accounts, according to one of the sources.

The 2016-vintage Programme VI raised $6.5 billion against a target of $6 billion, with the co-mingled portion accounting for around half, as Secondaries Investor has reported. The fund delivered a net internal rate of return of 14 percent and a 1.2x multiple as of the end of September, according to Carlyle’s third-quarter results.

Amsterdam-headquartered AlpInvest has backed a number of headline deals in the past six months. In June, Secondaries Investor reported the firm was set to back a single-asset restructuring on Warburg Pincus’s 2012-vintage Fund XI with Allied Universal – a security company valued at $7 billion – to be lifted out and placed in a separate vehicle.

In August, the firm bought a $1.7 billion private equity portfolio off the balance sheet of Manulife and syndicated half of it, thereby creating a fund for the Canadian insurer’s private equity team to manage, Secondaries Investor reported.

“We have stayed away from using leverage and generally avoided the broader LP portfolio deals that have dominated the market volumes over the past few years,” the firm’s co-manager of secondaries Chris Perriello wrote in a guest commentary for sister publication Private Equity International in September. “Fundamentally for us, the key is to create a portfolio with the following characteristics: low volatility/capital preservation and a solid and consistent cash-yielding profile return.”

Of the 10 largest firms in the SI 30 ranking of secondaries fundraisers, only Landmark Partners has not officially launched a flagship fundraise since the start of 2018. The Simsbury, Connecticut-headquartered firm said in September that it was planning to speak with investors about its next flagship private equity fund “in the months ahead”.

AlpInvest did not wish to comment on the fundraise.