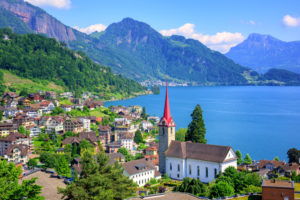 Philip Viergutz is joining the Baar, Switzerland-headquartered firm as a partner, according to two sources familiar with the matter. He starts in the new year, according to one of the sources.

New York-based Viergutz departed the Carlyle Group subsidiary in September, according to his LinkedIn profile, having been promoted to managing director in January. He joined AlpInvest in 2008 as a vice-president in its secondaries investment team before being made principal in 2012.

In the months leading up to his departure, he was global head of investor relations for AlpInvest’s commingled fund clients and head of corporate development and fundraising activities in the Americas, according to his archived AlpInvest biography.

Montana has also promoted directors Christoph Jäckel and Eduard Lemle to partners, effective from October, Secondaries Investor has learned. Lemle was a vice-president in AlpInvest’s funds of funds and secondaries investment team from 2013 to 2015.

Montana is investing mcp Opportunity Secondary Program IV, an €800 million fund that closed in April 2018 after five months in market.

Montana did not wish to comment on the hire. AlpInvest did not respond to a request for comment.