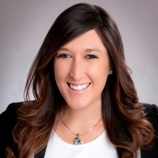 AlpInvest, the fund of funds arm of The Carlyle Group has lost its marketing manager Emily-Jane Finigan, Secondaries Investor has learned.

Finigan joined Carlyle in May 2013 to focus on global branding and marketing for the firm’s solutions group, which includes AlpInvest Partners and Metropolitan Real Estate. Previously, Finigan spent five years as a senior associate at Coller Capital working on strategic marketing in North America. She has also worked in investor relations at Bank of New York Mellon, according to her LinkedIn profile. Finigan declined to comment.

A Carlyle spokesperson declined to comment on the personnel changes, but it is known the firm has its own external relations division consisting of global communications, marketing, event planning and investor relations professionals, which work broadly across the firm’s platforms including the solutions group.

AlpInvest is currently investing its latest secondaries fund which closed on roughly $4.2 billion last year. The vehicle was generating a net internal rate of return of 31 percent and a multiple of invested capital of 1.4x as of 30 June, according to Carlyle’s second quarter earnings report.