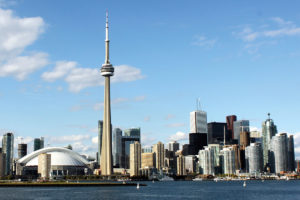 Manulife has used the secondaries market to open itself up to third-party investors for the second time in as many years.

Canada’s largest insurance company has sold a $1.7 billion private equity portfolio off its general account into a vehicle managed by the Manulife Private Capital team and backed by AlpInvest Partners, according to three sources familiar with the matter. The Carlyle subsidiary has underwritten the whole amount, around half of which is being syndicated to other investors.

The portfolio comprises 50 US mid-market private equity funds and a handful of co-investments, according to one of the sources. Thoma Bravo; Apollo; Clayton, Dubilier & Rice; and Audax are among the firms represented in the portfolio.

The stakes are around four years of age on average and priced at 100 percent of net asset value based on a few different recent reference dates, Secondaries Investor understands. The exact stage of the syndication process is unclear, as is whether Manulife will remain an LP in the fund.

“It’s very high-quality, mid-market-focused portfolio – not the typical names you see in a fund of funds portfolio,” said one buyer who looked at the deal.

Campbell Lutyens confirmed that it was advising on the process but would not comment further.

Last year Manulife’s infrastructure investment team carried out a similar process, also advised by Campbell Lutyens, Secondaries Investor reported. Ardian underwrote the transfer of a $1 billion portfolio off the insurer’s balance sheet into a new vehicle, which then raised an additional $1 billion through a syndication process.

Manulife’s Toronto-headquartered Private Capital team has been investing in private equity off the general account since 2005, Secondaries Investor understands.

GP-led deals accounted for 33 percent of total secondaries deal volume in the first half of 2019, according to advisor Greenhill.