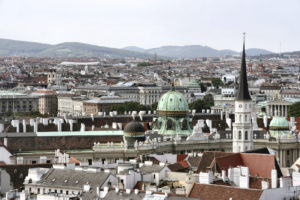 Accession I closed on €115 million in 2003 and is partially liquidated, according to PEI’s Research and Analytics division. Limited partners in the fund include the European Bank for Reconstruction and Development and German insurance company Generali Deutschland.

The fund invested in 17 companies and was fully invested by December 2010, according to the firm’s website. As of January, the fund has completed 11 partial or full exits, including Bulgarian industrial farm operator Ceres and Retail Value Stores which comprises the former Carrefour retail operations in Slovakia.

Vienna-based Mezzanine Management has since raised its third fund, which closed on €150 million, missing its €350 million target in June 2010, according to PEI data. Unlike Accession I and II, the most recent fund limits its mezzanine and equity investments to companies based in countries that have joined the European Union since 2004 or are current or future EU candidates. The fund has already made seven investments and had sealed two exits as of January.

Alpha purchased the two fund stakes from a division of Vienna-based Volksbank, which was unavailable to comment by press time.

Alpha Secondary Fund III launched last year with a €300 million target. The fund makes primary commitments to new private equity funds and purchases LP interests on the secondary market, with a focus on Central and Eastern Europe, Russia and Turkey, according to documents from the European Bank of Recovery and Development, which will commit €50 million or 35 percent of total aggregate commitments to the fund at final close, according to its website.