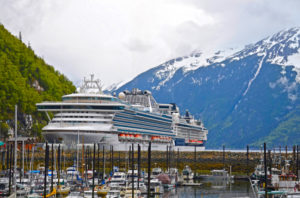 Alaska Permanent Fund is attempting to offload a portfolio of private equity stakes worth close to $1 billion, Secondaries Investor has learned.

The sovereign wealth fund is working with advisor Evercore to run the process, according to three sources familiar with the matter. First bids are due at the end of January on the portfolio, which contains a diversified bundle of stakes by vintage, the sources said.

It contains a large fund commitment to a Blackstone fund, two of the sources said. According to Alaska’s quarterly private equity report from June, it has a $500 million stake in the 2014-vintage $3.3 billion Blackstone Strategic Capital, its largest commitment.

Two of the sources said Alaska is selling the stakes to redeploy capital into other strategies.

This is not the first time the $62.4 billion fund has sold on the secondaries market. In May 2016 the fund planned to sell $271 million across 20 fund stakes.