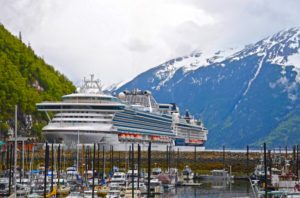 Alaska Permanent Fund is looking to sell 20 private equity fund stakes in secondaries transactions worth $271 million, according to its May board meeting materials.

It did not name which stakes would be sold.

As of 30 April, the sovereign wealth fund had a $3.6 billion private equity portfolio, which returned 15 percent in the past year to that date and 16 percent in the last five years, according to its monthly performance report.

In the first quarter of 2016, the fund committed $94 million to one secondaries fund. During the quarter, it spoke with Greenhill Cogent, Lazard, UBS and Ardian about secondaries.

It also invested $71 million in three companies through co-investments, which was the best-performing strategies, marking 52 percent in net internal rate of return for a three-year period.

For the 2017 fiscal year, the board approved $900 million in allocations to traditional private equity, including maximum $225 million to co-investments, and $350 million to structured private equity, which are commitments with unconventional benefits or structure. An extra $200 million may be allocated to each strategy as an option, it said.

Board chairman Bill Moran said in a statement the fund’s private market investments will become more important for growth and income in a low-interest rate environment.

A spokeswoman for the fund could not be reached for comment.