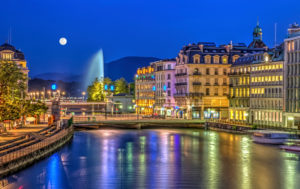 Akina Partners is targeting €300 million for its seventh flagship fund of funds, Secondaries Investor has learned.

The firm, which was acquired by Swiss counterpart Unigestion in February, has raised $40.9 million for Euro Choice VII, according to a filing with the US Securities and Exchange Commission, with date of first sale listed as 19 July.

Akina’s Euro Choice vehicles, the first of which launched in 2000, according to PEI data, target primary investments in mid-market European buyout, growth capital and special situations funds as well as opportunistic secondaries deals, a spokesperson for the firm confirmed.

Euro Choice VII will follow the same strategy as its predecessor 2016-vehicle, and allocate as much as 20 percent of its total investments to secondaries, a source familiar with the fund told Secondaries Investor.

Euro Choice VI closed on €410 million, above its €300 million target, in January 2017. It had already made 13 investments, including three secondaries transactions (respectively targeted at Italy, Spain, and Central and Eastern Europe), by the time of final close.

Unigestion‘s acquisition of Akina created a European mid-market specialist with more than €25 billion in assets. The two investment teams still work on their respective funds and with their own existing investors, Unigestion’s chairman Bernard Sabrier told Secondaries Investor in February.

Unigestion is in market with its dedicated secondaries fund Unigestion Secondary Opportunity Fund IV, which is targeting €300 million. It held a first close in August 2016 on €177 million, according to an announcement by the firm.