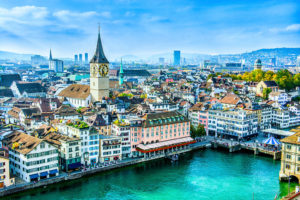 Akina Partners, the Swiss investment firm which was acquired by Unigestion in February, is expecting to hit the hard-cap on its second dedicated secondaries fund by the end of January, Secondaries Investor has learned.

Euro Choice Secondary II is seeking final close on €300 million, having surpassed its €225 million target with a €245 million close in August, a spokesman for the firm confirmed.

Fund II launched in June 2016 and has received commitments from investors including Finnish insurance company LahiTapiola, according to PEI data.

Similar to its predecessor, Euro Choice Secondary II makes investments of between €5 million and €30 million in small- and mid-market European targets, including LP interests in mature funds, structured transactions and direct secondaries.

According to marketing documents seen by Secondaries Investor, the fund is aiming for a net total value to paid in multiple of 1.9x.

Akina’s debut secondaries fund Euro Choice Secondary held a final close on €224 million in January 2015, above its €200 million target. Investors in the fund include US endowment York College of Pennsylvania, according to PEI data.

In August Secondaries Investor reported that Akina was also targeting €300 million for its seventh flagship fund of funds, up to 20 percent of which can be allocated to secondaries investments.

Unigestion’s acquisition of Akina created a European mid-market specialist with more than €25 billion in assets. The two investment teams still work on their own respective funds and with their own existing investors, Unigestion’s chairman Bernard Sabrier told Secondaries Investor at the time of the acquisition.