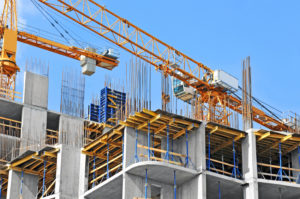 “We had a good double-digit discount,” said Christian Böhler, head of secondary transactions at Akina Partners, adding that Akina bought the two Innova stakes based on March net asset value (NAV). The transaction closed at the end of September.

Nationwide, which tapped the secondaries market to help rebalance its portfolio, sold a larger portfolio with mainly US exposure, but Akina, following its strategy, only looked at the European products, said Böhler.

Secondaries Investors reported last month that Nationwide sold a portfolio of at least five larg- cap European funds to PineBridge Investments and the Innova funds to Akina, based on UK regulatory filings. Nationwide declined to comment.

The sale was the result of a large auction with Greenhill Cogent acting as advisors.

Akina’s second half of the year was a busy one, Böhler said. The firm has already closed about three transactions including the one with Nationwide and that it is currently in the middle of two other deals.

“Book values are in general still high, but due to increased market volatility driven by China slowdown and monetary policy uncertainties, valuations are coming down a bit, and sellers have become more open to selling at a certain discount,” he said. “Six months ago, they often expected a premium for quality assets.”