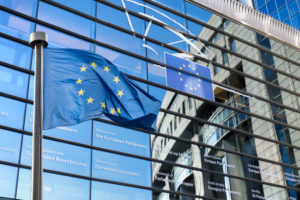 This week, parent publisher PEI hosted its Women in Private Equity: Europe Forum, which tackled a number of industry topics including responsible investment and cultivating the LP/GP relationship, but angled from the perspective of female private equity executives.

The event, held in London, inevitably covered the European Union (EU) Alternative Investment Fund Managers Directive (AIFMD), which led delegates to conclude that a significant percentage of managers do not feel the benefits of obtaining a pan-EU marketing passport under the directive are worth the costs.

“You have to balance the ease of marketing against the weight of further regulation and reporting … I don’t think the benefits outweigh the costs,” noted one GP.

After giving Jersey and Guernsey the green light in July, the European Securities and Markets Authority (ESMA) is currently reviewing 10 non-EU countries, including the US, to determine whether managers from those countries should be allowed to seek the passport. For non-EU managers with only a handful of investors in Europe, it would be easier to continue marketing nationally through each country’s individual private placement regime rather than go through the efforts of getting a passport, the panellists commented.

Due to the increasing compliance costs related to AIFMD, one US-based GP noted that her firm was questioning whether it would be better to steer clear of marketing to European investors entirely rather than risk the threat of even more regulation later on down the line.

While AIFMD was top of mind on the European regulation-focused panel, the session also revealed that the European Commission’s Capital Markets Union (CMU) action plan is not on the radar of most GPs. A show of hands illustrated that very few in the audience were aware of the CMU initiative, which proposes improvements to existing venture capital regulation and the process of creating pan-European, venture-focused fund of funds.