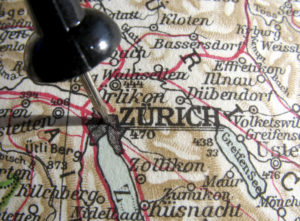 Adveq has collected about two thirds of the target for its third main secondaries fund and expects to hold the final close on the vehicle in the first half of next year, Secondaries Investor has learned.

The Zurich-headquartered private equity firm is seeking slightly north of $200 million for Adveq Secondaries III and has already begun investing the fund, according to a source familiar with the matter. The fund held a first close last April, although the amount was unclear.

Secondaries Investor reported in March that the firm was back in market with the vehicle, which was registered in the UK in October 2015. It is understood the fund will follow a similar strategy to its predecessor, which focuses on smaller deals in specialised strategies and segments, avoiding competitive auctions.

Adveq is also evaluating a move into GP-led restructurings and direct secondaries, having previously focused its secondaries activity on single line deals, portfolios and tail-end situations, as Secondaries Investor reported in July. It is understood the firm manages a vehicle named Adveq Mature Secondaries, which focuses on tail-end and mature positions, although the size of this fund was unclear.

Adveq Secondaries III’s predecessor closed above its $150 million target on $175 million in September 2013, according to PEI data.