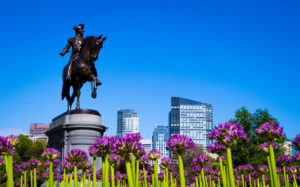 Advent International and Hellman & Friedman were the most sought-after private equity managers in Europe and the US respectively last year, a report by Cebile Capital has found.

In the US, Apollo Global Management came second, with the Carlyle Group the third most in-demand.

Competition among secondaries buyers for deals will remain very high with around $65 billion of dry powder in the market, Sunaina Sinha, a managing partner at Cebile, said in the report.

The survey also found that the majority of firms closed less than one deal a month, with 76 percent of secondaries participants undertaking fewer than 10 deals last year.

“It highlights an existing gulf between large institutions and the rest of the market as all respondents transacting $1 billion or more completed more than 10 deals,” the report noted.

Despite being the most sought-after managers, Hellman & Friedman and Boston-based Advent have no hurdle rates on their latest funds. Hellman & Friedman managed to raise $10.9 billion for Hellman & Friedman Capital Partners VIII without a hurdle, according to a document from the State of New Jersey Department of Treasury, an investor in the fund.

Advent also removed the hurdle – the rate of return that funds must meet before GPs can start earning carried interest – from its $12 billion Advent GPE VIII fund which launched last year.