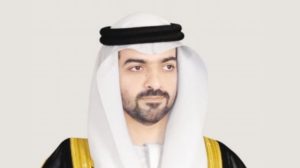 The Abu Dhabi Investment Authority plans to continue to expand its private equity investment team this year, according to its 2013 annual review.

“We have built out our investment teams in the illiquid space, such as real estate,  infrastructure and, more recently, private equity, adding considerable expertise across geographies and asset specialisation,” ADIA managing director Hamed bin Zayed Al Nahyan wrote in the review.

“As our investment approach has evolved, so has the need for professional teams that are able to support our investment talent in a way that is seamless [and] efficient.”

ADIA recently added mid-level professionals across all of its private equity investing activities and particularly in its secondaries team. In May, ADIA hired former UBS vice president Omar Akbar to focus on secondaries and in February it hired formed Cinven partner Pascal Heberling as a senior portfolio manager of principal investments.

ADIA is said to be positioning itself as a secondaries buyer and backer of synthetic spin-outs and fund restructurings, sources previously told Secondaries Investor. ADIA has a long-term private equity allocation of between 2 percent and 8 percent of its assets.

“The private equities department had an active year in 2013, reviewing a wide range of investment opportunities across primary, secondary and co-investments,” according to the Annual Review.

ADIA also plans to continue to expand its infrastructure team this year, after appointing former Deutsche bank managing director John McCarthy as global head of infrastructure in May 2013. ADIA has a long-term infrastructure allocation of between 1 percent and 5 percent.