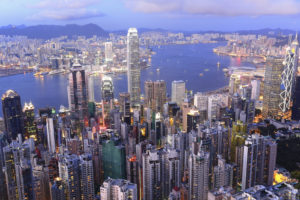 The state fund, which, according to the Sovereign Wealth Fund Institute, manages more than $770 billion of assets, has opened an office in Hong Kong with the expressed intention “to broaden and deepen its network of relationships and identify new opportunities in China and other key Asian markets”.

In recent years, ADIA has been adding to its private equity investment team to target more secondaries and co-investment deals, including the ability to take part in fund restructurings and spin-outs, Secondaries Investor previously reported.

Leading the new Hong Kong office is Dong-Sinh Ngo, who will assume the title of chief representative, Asia Pacific. In his role, he will “support ADIA’s senior investment professionals based in Abu Dhabi”. He will manage a team responsible for conducting investment-related research and analysis of Asian markets and trends.

Prior to his appointment with ADIA, Ngo held senior, Hong Kong-based roles with European banks. Ngo previously was head of products and investment solutions at Credit Agricole in Hong Kong. Prior to that he was chief strategist for emerging markets and Asia Pacific at BNP Paribas.

Hamed bin Zayed Al Nahyan, managing director of ADIA, said: “ADIA has been investing and building relationships in Asia for more than three decades, with a portfolio that spans multiple asset classes. Our decision to open an office in Hong Kong is a symbol of our confidence and our long-term commitment to the region.”

The office is ADIA’s only international office, although it closed its satellite office in London last year. According to a source familiar with the state fund, the opening of the Hong Kong office should not be interpreted as a signal it will alter its centralised operational model. All investment professionals are located at its headquarters in Abu Dhabi and there are no plans to add further international offices.

Indeed, the state fund is increasing activities more from its headquarters. In July, when it published its annual report, it revealed that it had made further inroads into a plan to reduce the amount of its assets externally managed. According to the report,, in 2015, the amount of externally managed assets was 60 percent, 20 percent less than when it started the strategy in 2009, immediately after the global financial crisis.