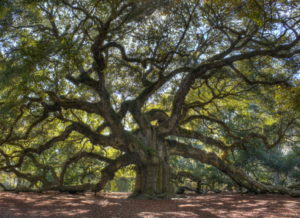 Shahab Rashid, who was a portfolio manager on the Oaktree mezzanine funds until December, was also hired by the Chicago-headquartered private equity firm to kick start a private credit business and open a New York office.

Jeff Diehl, managing partner at Adams Street, said the move into private credit is a natural extension of the firm’s platform. “Adams Street has opportunistically invested in private credit by leveraging our private equity relationships and information flow and we believe we have now found the best team possible to lead a formal practice,” he said in a statement. “We see substantial opportunity to generate attractive returns for investors while providing valuable capital to our general partner sponsors, who have seen banks pull back from mid-market lending,” he added.

Sacher, who left Oaktree in 2014, is now partner and head of private credit group at Adams Street, while Rashid is a partner and co-founder on the same team. They are, so far, the only two employees in New York, though the firm plans to staff up the office with more senior, mid-level and junior private credit hires, Sacher said in an e-mail to sister publication PDI.

Although most of Adams Street’s business is in private equity funds of funds, the firm plans to pursue private credit directly. Sacher declined to comment on fundraising, but said the team will be making direct investments into private equity sponsor-backed leveraged buyouts of mid-market companies. The strategy will focus on providing financing across the credit spectrum, including traditional first lien loans, unitranche facilities, second lien loans, mezzanine debt and preferred equity.

Sacher was previously the head of Oaktree’s mezzanine debt funds, a group he co-founded in late 2000. He left the firm amid a dispute, according to Bloomberg, which cited a client letter. The departure was “the result of our differing views as to how to develop an integrated mezzanine and private debt business that will best position us going forward,” the letter said.

Before Oaktree, Sacher served as the co-head of both the leveraged finance origination team and the high-yield capital markets group at JPMorgan. He has also held leadership roles in the high-yield businesses at NationsBank, which is now part of Bank of America, and at Bear Stearns.

Rashid served as managing director and deal team head within the mezzanine debt group at Oaktree since 2004. Prior to joining Oaktree, he was a member of the leveraged finance group at Salomon Smith Barney/Citigroup, where he focused on high yield and leveraged loan transactions for financial sponsors and corporate clients.

Adams Street was started in 1972 as one of the first private equity fund of funds for institutional investors. The firm has approximately $27 billion of assets under management across the primary, secondaries, venture/growth and co-investment products. In addition to Chicago and New York, Adams Street has offices in London, Menlo Park, Singapore, Beijing and Tokyo.