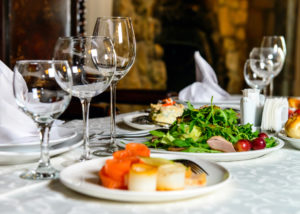 The firm’s first fund closed in 2011 with £76.2 million, including £46.8 million of fresh capital and the remaining coming from venture capital trust (VCT) funds, which are UK publicly-traded vehicles allowing retail investors to access venture capital investments. The debut fund was backed by Access Capital and 17Capital, according to the statement. Amala Partners, which helped raise the fund, also invested in both funds.

“We have a long-term relationship with Core and a lot of belief in its founding partners, Walid Fakhry and Steve Edwards,” said Ian Simpson, founder of Amala in the statement. “We helped them put together Core Capital I and invested personally in that fund as we have in Core Capital Partners II. We believe strongly in aligning interests, something that was key to making this transaction a win-win for all stakeholders.”

More than half of the new fund, or £45 million, was used to buy out remaining companies in Core Capital I from VCTs, while the remaining £40 million to be invested in new companies, according to the spokeswoman. She declined to comment on whether Core Capital II has different terms to Core Capital I.

Such deals, which are often referred to as GP-led restructurings, can enable a general partner to continue managing the same assets through a new fund structure and to extend the life of the investments, while allowing existing investors to cash out. This year, HarbourVest Partners signed a deal to purchase a stake in Madrid-based Portobello Capital’s second fund from existing investors, where some of the assets were transferred to a new vehicle.

Founded in 2004, Core Capital invests between £5 million and £30 million in lower mid-market companies in the UK, according to its website.

“Our strategy is to back high growth businesses right through their life cycles with multiple rounds of capital as they grow in size,” Steve Edwards, managing partner at Core, said in the statement. “This approach enables the businesses we support to scale their business model and for us to invest larger amounts of our capital into proven growth businesses. Through the closing of this latest fund, we now have access to the capital we need from high quality, long term private equity investors.”