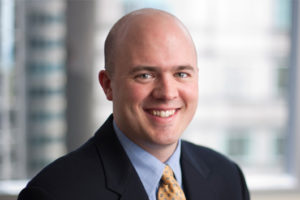 Adams Street Partners has promoted seven principals to partner positions including one who focuses on secondaries.

The fund of funds manager promoted Joseph Goldrick who is responsible for North American and Latin American secondaries investments, according to a statement. Goldrick is based in the firm’s Chicago headquarters and prior to joining the firm in 2006 was an analyst in investment banking at Robert Baird & Co., according to his LinkedIn profile.

The firm also promoted six professionals across its Chicago, Boston, Menlo Park, Beijing and London offices, according to the statement.

In January, the firm announced it had hired Bill Sacher, the former head of mezzanine strategies at Oaktree Capital Management, to head its new private credit group.

Adams Street manages about $27 billion in assets in seven offices around the globe.