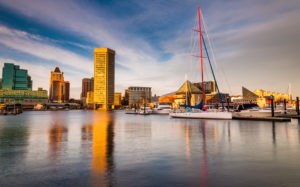 Adams Street Partners has led a group of at least three buyers who acquired stakes in ABS Capital Partners‘ 2009 and 2012-vintage funds and also committed to the Baltimore firm’s latest vehicle, Secondaries Investor has learned.

The secondaries to primary stapled ratio was about two to one, with the buyers committing to ABS Capital Partners VIII, according to one of the sources. Fund VIII launched in July 2015 and had raised $149.8 million of its $400 million by July this year, according to PEI data.

It is understood the deal closed in September.

“This is an example of a thought-leading GP sponsoring a liquidity solution for LPs who could not re-up in their new fund, while identifying buyers who were happy to support the new fund,” Mike Custar, managing director in Credit Suisse’s private fund group, told Secondaries Investor. He declined to comment on specifics of the deal, but added: “We believe this is how the secondaries market will continue to expand, as GPs take a more proactive role in managing natural attrition in their investor base by seeking creative alternatives to identifying replacement capital.”

ABS’ Fund VI was 97 percent called and had a 1.0x return multiple as of 31 March, according to online private equity marketplace Palico, which noted its net internal rate of return was 0.0 percent as of 30 September 2015.

Bloomberg first reported that ABS was running a tender offer on Fund VI.

Stapled deals have attracted recent criticism from regulatory bodies due to perceived conflicts of interest – a criticism that may be warranted in some cases according to some industry participants. Molly Diggins, general counsel at advisory firm Monument, recently told Secondaries Investor general partners may be incentivised to mark the NAV of a portfolio at the lower end of the spectrum in stapled deals, particularly if the new capital is being used to seed a new fund.

ABS invests in later-stage growth companies in the business services, healthcare, media & information and communications technology. The firm was founded in 1990 and has $1.1 billion in assets under management, according to PEI data.