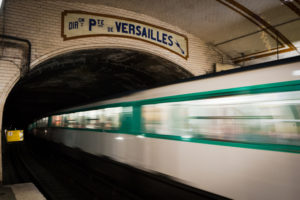 “We had a very conservative target of €450 million, expecting to do at least €500 million,” Philippe Poggioli, a managing partner with the firm said. “We were positively surprised by the response from existing and new investors.”

Paris-based Access Capital held a first closing about 18 months ago with €190 million. Poggioli noted that some investors in the fund wanted to wait until the first quarter to commit to be able to count their commitments within their 2015 allocation.

Poggioli noted that there is a strong proportion of German investors in the fund, with also investors from the UK, the Benelux, Nordic countries and France. Access Capital didn’t market the fund to US investors. Instead, the firm has mandate clients in the US.

Typically, ACF VI focuses on small and midcap European buyouts funds with investments up to €1 billion, although in reality, it tends to make investments under €500 million.

“We tend to be more small-cap than mid-cap,” said Poggioli, adding that the average size of an investment is about €300 million.

The firm has already committed almost 50 percent of the fund in 13 primary transactions and three secondaries, including two in the UK and one in Germany, although Poggioli declined to disclose further details.

The fund has an allocation of about 40 percent to secondaries, but the pace of investments in secondaries has been slower so far for this fund.

“Traditional limited partner stakes are pricey in secondaries, especially considering the rise in net asset value,” said Poggioli. “We find the market difficult for secondaries. At the moment, we’re selective.”

Generally speaking, the firm believes secondaries play a big role in insuring low volatility of returns in its fund of fund, according to Poggioli.