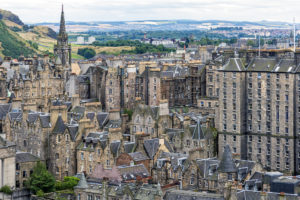 Aberdeen Standard Investments is back in market with its first post-merger secondaries fund.

The Edinburgh-headquartered investment manager is seeking $500 million for Aberdeen Standard Secondary Opportunities Fund IV, according to documents published by San Bernardino County Employees’ Retirement Association. This is $100 million more than the amount targeted for its predecessor, according to PEI data.

Similar to predecessor SOF III, the fund will invest in niche areas of the market including stakes in funds of funds and secondaries funds. SOF III raised $428 million, against a target of $400 million, by final close in October 2017.

SOF IV is targeting a first close for the first quarter of 2019 and could fundraise for up to 12 months after that, the documents noted. It is targeting a gross internal rate of return of 20 percent and, in a departure from the norm, has a hurdle of 10 percent.

It has an allocation of 40-60 percent to buyouts, 20-40 percent to venture capital and an opportunistic pocket which has previously included credit, natural resources and growth funds. Previous funds have invested 60 percent in the UK, 38 percent in North America and 2 percent elsewhere, the documents noted.

Aberdeen Standard did not respond to a request for comment by press time.