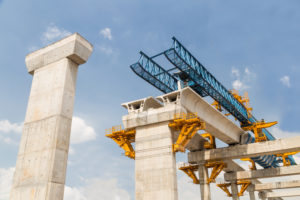 The UK’s Pensions Infrastructure Platform has secured a deal worth more than £400 million ($532 million; €447 million) for a portfolio of 10 PPP projects from a former Aberdeen Asset Management fund.

The assets include three road projects, three waste facilities, three hospitals and a social infrastructure project, with each site containing equity stakes of between 30 percent and 50 percent.

They were invested in and built through Aberdeen UK Infrastructure Partners fund, a 2012-vintage vehicle which was closed in March 2015 on £189.5 million, according to the Strathclyde Pension Fund, which became an LP in the vehicle following a secondary purchase from Lloyds Bank.

The Strathclyde scheme said the fund was reduced to its final size following a review revealing limited opportunities at the larger end of the market. It had a targeted return of 12 percent.

PFI projects have come under the spotlight in the UK recently following plans revealed by the opposition Labour Party to nationalise all existing contracts. Mike Weston, chief executive of PIP, was unperturbed on the matter.

“We believe assets like these require maintaining good relationships with the private sector and have benefits to all sides,” he told sister publication Infrastructure Investor. Weston added that the acquired assets are not the high-profile contracts that have drawn the ire of Labour.

The deal by PIP is its largest single transaction to date and was backed by seven investors through the Multi-Strategy Infrastructure Fund. The seven pension funds behind the deal include four of its founding members: Strathclyde, British Airways Pensions, Railpen and the West Midlands Pension Fund. PIP declined to disclose the identities of three new investors who participated in the scheme.

The MSIF originally targeted commitments of £1 billion, although this was downsized to £600 million following a divergence of strategies of some pension funds. However, it has now secured funds totalling £750 million and is open until the end of the first quarter of next year. The latest deal significantly diversifies the fund, which had previously been deployed into several solar and wind transactions, as well as ferry operator Red Funnel.

Infrastructure secondaries accounted for around 8 percent of deal volume last year, according to a survey by advisory firm Evercore.