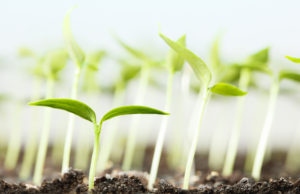 High pricing in the secondaries market has prompted Aberdeen Asset Management to focus on early secondaries transactions, which it also calls seasoned primaries.

“Many funds take a year or more to fundraise and because of that there are opportunities for us to commit to funds that have had a first close already and also have a few portfolio companies,” said John Dickie, co-head of US private equity at Aberdeen. Dickie was speaking at Aberdeen’s annual roundtable luncheon in New York on Wednesday.

“We’ve been replacing secondaries with seasoned primaries. It’s shortening the duration of our vehicle.”

Dickie noted that Aberdeen has bid on several fund stakes being sold on the secondaries market in recent months, often at par, and that winners in auctions have in some cases bid as much as 120 cents on the dollar.

“I think of seasoned primaries as a replacement for secondaries in an environment where secondaries pricing is not attractive,” Dickie said, adding that such transactions now account for about 30 percent of Aberdeen’s latest fund. “If there’s a market correction, we might reverse that strategy.”

Dickie didn’t specify which fund he referred to. Boston-based Aberdeen is currently raising its Aberdeen US Private Equity VII, targeting $300 million. That fund has a 15 percent to 20 percent allocation to direct co-investments and secondaries, according to an Aberdeen document on the fund.

Its predecessor vehicle, FLAG Private Equity VI, closed on $295 million in 2015. Aberdeen US Private Equity VII represents a continuation of the investment strategy carried out by FLAG Capital Management, which Aberdeen recently acquired.

Dickie also said during the luncheon that on one occasion, a fund Aberdeen committed as a seasoned primary investment exited a portfolio company less than a year after Aberdeen’s initial commitment.

Aberdeen has also adopted other strategies to address a high-priced environment and to focus on boosting returns, particularly by focusing on smaller GPs with funds of several hundreds of dollars. “We’re looking to do co-investments with them with no fee no carry,” Dickie said.”We’re also trying to find GPs who are unloved and small but who have a real expertise in a niche. We’re able to be more tactical.”