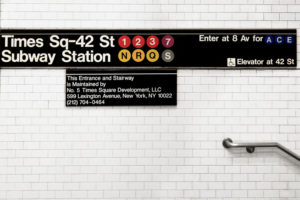 Abbott Capital, a New York-based fund of funds manager, has reached a $121 million second close on its debut secondaries fund, according to a filing with the Securities and Exchange Commission.

Its target and hard-cap have not been disclosed.

The firm expects Abbott Secondary Opportunities to stay in market for at least another year, the filing reveals. Minimum investment in the fund is $250,000 and Fortress Group, a Georgia-based firm, has been advising on the fundraising.

On the same day, the firm launched Abbott Secondary Opportunities Cayman, an offshore fund with a life of less than one year. The target is not disclosed. Fortress Group will also be acting as placement agent on this fund.

Abbott Secondary Opportunities has been in the market since March 2016 and announced a first close on $102.5 million in July from four different investors, Secondaries Investor reported.

In addition to secondaries, Abbott invests in buyout, growth equity, venture capital and special situations, according to its website.

In January 2015, the firm’s director Martha Cassidy told Secondaries Investor it was planning on increasing its secondaries investments to between $50 million and $100 million each year.

In June 2017 the firm announced it was looking for a secondaries-focused vice-president to “source, screen, evaluate, analyse, execute and monitor secondary private equity investments”.

Abbott’s annual funds typically make both primary and secondaries investments in private equity funds and have ranged in size between $80 million and $150 million in recent years, according to PEI data.

The firm was founded in 1986 and manages over $7 billion in private equity assets, according to its website.

Abbott was approached for comment but did not reply in time for publication.