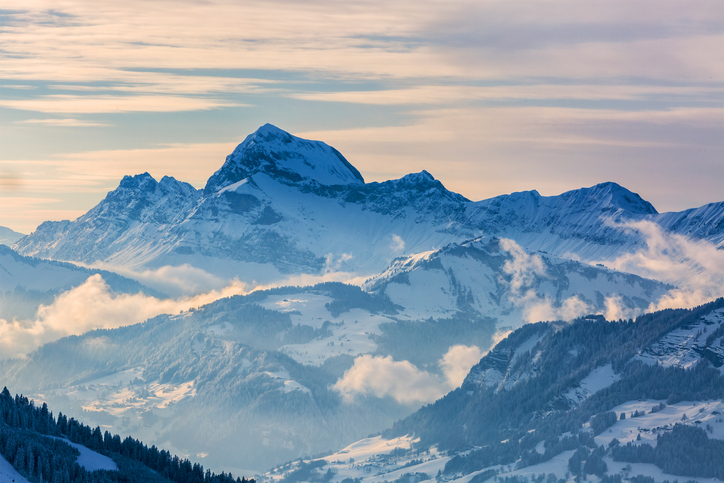 In the private equity industry, on-record interviews with people who call a spade a spade can be few and far between. My 2017 conversation with Ardian boss Vincent Gombault – who we reported this week has stepped down from his role at the firm – was one of those rare exceptions.

The secondaries powerhouse had just completed a giant of a deal – a $2.5 billion stapled transaction with Abu Dhabi’s Mubadala Capital in which Ardian acquired $1.75 billion of private equity fund stakes and committed $750 million for the sovereign investor to manage.

The idea was to sit down with Gombault and find out more about what made Ardian tick.

After shaking my hand and proceeding to give me a 15-minute lecture on the historical development of the secondaries market, all the while staring at me intensely and seemingly without blinking, we turned to the topic of the firm’s latest deal.

“Mubadala. They were thinking of doing a sale. Why? We never knew why exactly.”

Gombault went on to walk me through the background of the deal: Mubadala was auctioning a $1 billion bundle of private equity stakes; Ardian had “no appetite” for this portfolio. Through its database and knowledge of the market, Gombault and his team devised another transaction and came back with a revised offer for a separate portfolio and put it to Mubadala – blowing other bidders “out of the water”, as one competitor told me at the time. The Gulf investor accepted and Ardian clinched the deal on its own terms –  “dancing to its own tune,” as we later wrote.

I don’t know to what extent Gombault was the architect of the Mubadala deal. Its boldness nevertheless typified a culture that he oversaw and helped cultivate for more than two decades at a firm that began as the private equity unit of a French insurance company.

“The culture of Ardian is about risk,” Gombault told me, answering my question about what kept him up at night. “We come from an insurance company. It means we don’t like risk, but we have huge knowledge about how to manage risk. Even when everything is going well? Risk, risk, risk. Our target is not to have the best return, but to have the best return with the lowest risk.”

By many accounts, Gombault is a tour de force. “Intense”, “tense”, “a genius”, “extraordinary” and “very direct” are just some of the ways market sources described him to Secondaries Investor over the years. One even referred to him as being a bit like the popular British food spread Marmite – “you either love him or hate him”, and as someone who instilled fierce loyalty from those in his camp.

It’s unclear exactly why Gombault has stepped down from his role as head of fund of funds and private debt, or what his next project will be, if there is one. It has been suggested that it is simply a matter of timing – he is joining Ardian’s supervisory board and will retain some of his shares in the firm, according to a spokesman.

What is clear is that, under Gombault’s watch, Ardian has tripled its assets under management, which stand at $103 billion today – and that its fund of funds business accounts for more than half of that figure. It’s also clear that founder and president Dominique Senequier doesn’t appear to be going anywhere anytime soon.

Gombault is understood to have driven many of the trends that have become standard fare at many secondaries firms today, including the use of leverage at the deal level to juice returns and the importance of data.

“He understood the power of being invested in many limited partnerships,” says an advisory source – something that has helped Ardian price deals with lightning speed and sidestep auctions over the years.

Instead of appointing a senior figure to take over from him, the fund of funds business will be run by a committee of seven senior executives chaired by Senequier.

Gombault’s departure from the day-to-day running of the secondaries business comes as the industry stands at a crossroads. With GP-leds taking up a growing portion of annual deal volume and expected to account for half the market within a few years, the LP market has become increasingly commoditised and efficient. And although Ardian has executed numerous innovative and creative deals over the years, it has never fully embraced GP-led processes in the way some of its closest competitors have.

It is hard to say whether the stepping down of a figure like Gombault within the walls of a giant like Ardian heralds anything for the wider secondaries market. What I do know is that it would have been a shame to have let the departure of someone who has exerted so much influence on the market go by without taking note, as the industry shifts into the next phase of its evolution.