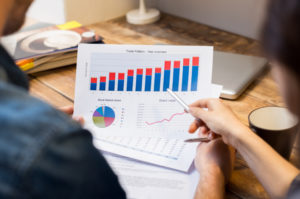 Limited partners believe they are ill-equipped to make successful co-investments, according to a survey by Coller Capital, released on Monday.

Five out of six LPs, or 84 percent, believe they lack the skills, experience and processes to make successful co-investments, according to Coller’s Global Private Equity Barometer Winter 2015-16, which polled 114 private equity investors globally.

“LPs say that the tight deadlines for co-investing is a challenge,” he said. “If you’re investing or co-investing across a secondary transaction, by definition it is a portfolio exposure, whether it’s a portfolio of companies, or of LP positions. You have to be even more expeditious to get your arms around a portfolio in the same time frame.”

Co-investments have been popular this year across private equity strategies. In the secondaries space, Strategic Partners raised an undisclosed sum from LPs wanting to co-invest in the deal involving the California Public Employees Retirement System $3 billion real estate portfolio. Ardian held a final close in November on €1.1 billion for its fourth co-investment vehicle that will make direct investments.

The survey also found two in five LPs believe special accounts pose conflicts of interests. Only 18 percent of respondents said they were a positive development.

“Where you’ve got two pools of capital with the same general partner, there is a potential conflict of interest because as a GP, you’ve got two task masters who you’re responsible to,” Ziff said. “LPs are aware that special accounts can create conflicts of interest and GPs need to be able to manage that conflict.”