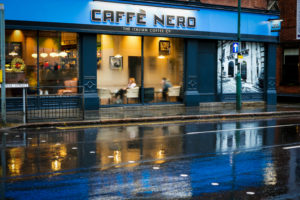 This story was updated to show that Tokio Marine & Nichido Fire Insurance was the seller, not buyer, of the Hutton Collins fund.

17Capital has increased its stake in a Hutton Collins Partners fund, according to a UK regulatory filing. The manager of the fund is seeking to return liquidity to investors no longer participating in private equity.

Hutton Collins Capital Partners III is a €600 million vehicle which focuses on mezzanine and debt financing. It holds UK coffee house chain Caffè Nero, and in 2013, the firm led a £99 million financing for the group with Goldman Sachs European Special Situations Group and Bayside Capital, according to Hutton Collins’s website.

“The effort has been initiated by the manager as a number of existing limited partners no longer participate in the asset class and might therefore seek to achieve early liquidity in this 2008 fund,” the firm said in a statement at the time.

17Capital increased its stake in Hutton Collins Capital Partners III through 17Capital HC, an entity that was registered on 25 March.

Japan’s Tokio Marine & Nichido Fire Insurance sold a stake in the Hutton Collins fund to the manager itself in June, according to another regulatory filing.

17Capital focuses on giving preferred equity to limited partners looking for liquidity without selling on the traditional secondaries market and manages about €800 million through three secondaries funds.