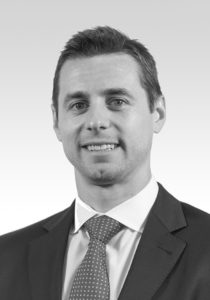 17 Capital has hired secondaries professionals from HQ Capital and Landmark Partners to staff its New York office, bringing the number of investment professionals there to four.

The preferred equity specialist appointed Stephen Swentzel as investment director, according to a statement. Swentzel, who joined in September, was most recently a vice-president at HQ Capital.

Jeffrey Emmerling also joined in August as an associate from Landmark. He spent three years at the private equity and real estate secondaries firm as a quantitative research analyst and associate, according to his LinkedIn profile.

Associate Michael Weinstein is relocating to the New York office from 17Capital’s London headquarters, according to the statement.

The firm has made several deals in North America, including providing additional capital for buyout funds to make add-on acquisitions.

In September, Secondaries Investor reported 17Capital was planning to open a US office, the firm’s first office outside of its London headquarters, and that partner Robert de Corainville would lead operations there.

“The opening of the New York office strengthens our position in the North American market, enabling us to build closer relationships with both existing and new clients. We believe the market presents plenty of attractive investment opportunities for our distinctive strategy,” de Corainville said.

17Capital is seeking around €900 million for 17Capital Fund 4, as Secondaries Investor reported in September.

The firm was founded in 2008 and provides financing for private equity investors to unlock liquidity or increase portfolio growth. The firm has closed over 30 transactions in Europe and North America with general partners, limited partners, evergreen funds and listed vehicles.

The firm employs 22 professionals across its two offices.