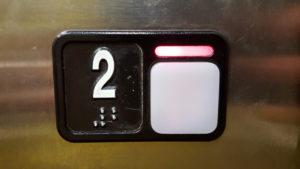 Landmark Partners and Partners Group are both in market with their latest vehicles, which together are likely to raise billions for the secondaries space. Both firms declined to comment, but sister publication PERE understands that Simsbury, Connecticut-based Landmark is targeting $2 billion – the largest amount ever for the asset class – for Landmark Real Estate Partners VIII, twice the size of its predecessor. Landmark Real Estate Partners VII, the second-largest pool of dedicated capital ever raised for real estate secondaries, closed on its $1.6 billion hard-cap in May 2015 after 14 months of fundraising, according to PERE data.

Not to be outdone, Zug, Switzerland-based Partners has also returned to the fundraising trail with Partners Group Real Estate Secondary 2017, although the target has not yet been publicly disclosed. The firm’s last fund, Partners Group Real Estate Secondary 2013, closed on $1.95 billion, nearly double its target, making it the biggest dedicated real estate secondaries fund ever raised.

The latest capital raises follow Strategic Partners’ $1.3 billion September close of Strategic Partners Real Estate Fund VI, the firm’s first dedicated real estate secondaries fund since its 2013 acquisition by New York-based Blackstone. One head of a secondaries advisory firm, who declined to be named, said Strategic’s fundraise, which hit its hard-cap, was a good harbinger of investor demand for this strategy.

The executive noted two areas of concern for the market: slower deal volume in the underlying property market and investors shifting from traditional commingled funds to separate accounts and other structures. Deal volume in real estate secondaries fell almost 37 percent in the first half of 2016 to $1.8 billion, according to secondaries brokerage Setter Capital. Respondents to a survey by the firm estimated that full-year deal volume will be $3.9 billion, down from $9.2 billion across 2015.

“Although volume is expected to be lower this year, real estate secondaries are on the rise as more limited partners get comfortable with executing sales and general partners use the secondary market as a way to liquidate and restructure older funds,” Peter McGrath, Setter’s co-founder, told PERE.

GPs should take note of these large secondaries fundraises, the unnamed secondaries advisory executive said, as they will provide LPs with more opportunities to trade out of funds, particularly for funds raised around 2010. Those vintage funds are now reaching the period when they are more likely to be traded, because return expectations typically become clearer around the sixth year of a fund’s life.

He added that there will be no shortage of opportunities for Landmark and Partners to deploy capital from these potentially record-setting funds.

“The fundamental premise, which is providing liquidity to an illiquid asset class, will still be here,” the executive said, noting that some people in the industry have for years warned that too much capital was chasing the strategy. “Chief investment officers change, the market changes and people want to reallocate capital from one area to another.”