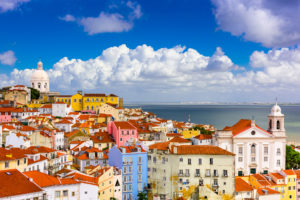 Explorer Investments, a Portugal-focused private equity manager, is struggling to complete a stapled deal due to an absence of willing sellers, Secondaries Investor has learned.

The Lisbon-headquartered firm, which focuses on the Portuguese lower and mid-market, has been working with Greenhill Cogent on a tender offer process on its 2009-vintage Explorer III fund, according to two sources familiar with the deal.

Explorer chose two secondaries buyers last year to acquire stakes in the fund and commit to Fund IV, one of the sources said. Brightening prospects for the €135 million Explorer III, in line with the recovery of Portugal’s economy, have resulted in fewer limited partners than expected wanting to sell their stakes, the source added.

The identities of the two secondaries buyers are undisclosed and it is unclear how much Explorer is seeking for Fund IV.

Some stakes did change hands in February, the two sources said. It is unclear whether any other investors will sell their interests in Explorer III.

The European Investment Fund is an LP in Explorer III, according to PEI data.

Explorer III launched in 2009 and closed on less than half its €300 million target in 2011, according to PEI data. The fund has made seven acquisitions and achieved its first exit in January, selling fast-moving consumer goods business Brandcare for a 2.5x gross multiple, according to Explorer’s website.

Explorer Investments was founded in 2003 and has around €900 million in assets under management. Its debut private equity fund, the 2004-vintage Explorer I, raised €62 million, and its 2007-vintage follow-up closed on €200 million, according to PEI data.

The firm also has a 2013-vintage growth capital fund, which raised €80 million.