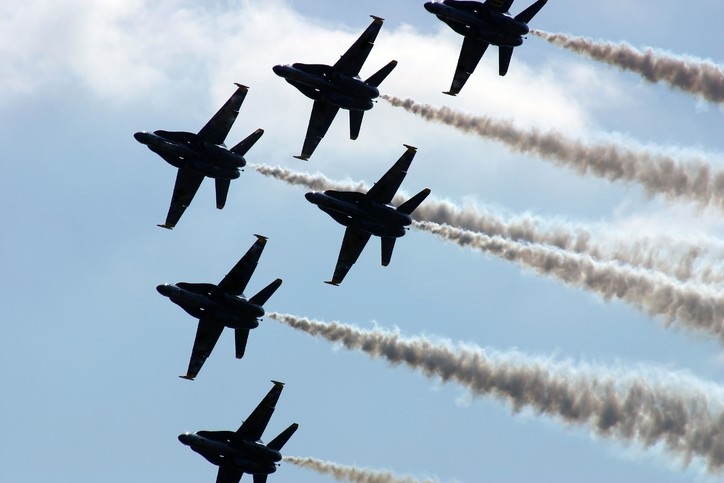 When the first secondaries fund was raised, some of the professionals who made our inaugural Young Guns of Secondaries weren’t even born. In the three decades since then, secondaries has grown into an industry to be reckoned with – complex, creative, and confident.

This is the first time Secondaries Investor has compiled a list of the most influential young people in the secondaries industry and it won’t be the last.

We blew our own hard-cap and increased the list to 20 after realising our initial target of only seven finalists would be an injustice. We evaluated candidates solely on the information we received from market participants who nominated colleagues or rivals. Secondaries remains a secretive industry, and we want to acknowledge there are impressive young professionals out there who weren’t nominated because the deals they’ve worked on remain confidential.

While we think the list below captures the most remarkable young professionals in the market today, we weren’t able to include everyone worthy of being included, and if you, the reader, find some of our inclusions or omissions baffling or disappointing, please let us know.

The criteria were: candidates who have made impressive contributions to the secondaries market and who were 35 years or younger on 1 January 2016. No organisation could be represented more than once. A four-member panel of Secondaries Investor and Private Equity International staff judged candidates across three areas: deals, leadership and innovation, and institutional clout, with extra points given for having an X-factor.

To us, secondaries is a business that innovates and breaks new ground. We think these Young Guns do the same.

Riva is driving, sourcing and executing deals at one of the most game-changing institutional investors in the market. In the space of five years he has helped build CPPIB‘s secondaries team to 18 professionals across two offices and played a key role in trebling its secondaries portfolio to C$7 billion ($5.3 billion; €4.7 billion). In 2015, Riva led execution on a C$1.8 billion secondaries deal, the largest CPPIB has ever completed. With 19 limited partnership deals and four fund restructurings under his belt, we get the feeling Riva is only just beginning.

Few firms lead the GP-led restructuring space like mezzanine powerhouse ICG‘s Strategic Secondaries unit. Lombardi helped start secondaries firm NewGlobe Capital and in 2014 was hired by ICG to help launch its restructuring-focused platform. “There are few individuals in the market, especially at that age, who combine Ricardo’s ability to think both about company level and fund level issues,” said a seasoned market participant who has worked with him. With the GP-led space growing to 30 percent of the market already this year, we have the feeling Lombardi’s name will be popping up in some interesting deals to come.

Denari boasts a mind-blowing resumé for someone still in his mid-20s. Based in Partners‘ Zug headquarters, he has already closed over $2 billion in deals and holds four advisory board seats. He originated the sale of one of the two assets in a €220 million deal with AXA this year and to top it off is heading to the US on a six-month secondaries assignment. Did we mention he’s also chairman of the firm’s Italian real estate investment vehicle? We challenge readers to find someone else as young and as impressive in this sector.

‘Impressive contributions to the secondaries market’ was what we were looking for, and Levitt’s efforts in the creation, registration and launch of Pomona Investment Fund were hard to look past. The vehicle allows high net worth retail investors to invest in the sector and has the potential to change how the secondaries industry raises capital. A nine-year Pomona veteran, New York-based Levitt has led the firm’s charge into energy secondaries, making over $400 million of investments into the sector. An energising Young Gun, to say the least.

Lazard has been busy on the restructurings trail recently, and London-based Lottmann has been spearheading efforts in Europe. Her innovative work executing an eyecatching restructuring of two funds from a Northern European GP landed her firm the title of Secondaries Advisor of the Year in Europe at PEI’s 2015 Awards. Lottmann’s credentials don’t stop there – she has also helped build Lazard’s secondaries team of six professionals in Europe and has closed more than 25 deals in the region representing over $3 billion.

Singapore’s GIC is the sovereign wealth fund moving the market as both a buyer and a seller. Unsurprising then, that it hired an ex-Pantheon and Permal Capital Management executive to help boost its secondaries operations. New York-based Weisberg worked on the 2015 stapled transaction involving two Lee Equity Partners funds while at Pantheon. LP fund stakes, fund recaps, GP-leds, spin-outs, direct assets deals – you name it, Weisberg has done it.

Known as the ‘queen of tail-ends’ around Cogent‘s London offices, Huda worked on some of the first deals in 2012 when tail-end sales were a fledgling part of the market. Her work helping clients wind down their vehicles by selling interests in mature funds that hold small amounts of remaining net asset value helped a segment of the market that has grown to 30 percent of first half volume in 2016. With more than $13 billion of deals worked on since joining the advisory firm in 2010, we can’t wait to hear what Huda’s nickname will be next.

Remember the Palamon Capital Partners staple deal that won sister title Private Equity International‘s Secondaries Deal of the Year in Europe 2015? The legal side of that deal was spearheaded by London-based Boghossian, based at Macfarlanes at the time. The youngest partner in law firm KWM‘s private equity practice when he joined in June, Boghossian has worked on more than 100 deals in the sector, including Singapore’s Temasek on setting up its Astrea II co-investment vehicle, which Ardian manages. Big name clients of his include Lexington Partners, Goldman Sachs, and ICG Enterprise Trust.

Advisory firm and placement agent Campbell Lutyens is ramping up US operations this year, and meanwhile, decade-long veteran Pearce is holding the fort in London. He has advised on more than $5 billion across at least 50 deals and recently worked on structuring a $1.3 billion secondaries fund that attracted 13 new institutional investors for the manager. With a scope that spans Europe, the Middle East and Asia-Pacific, Pearce is one to watch.

That’s Dr Taverna to you – the Swiss private equity firm’s secondaries head holds a PhD in banking and finance, and wrote his thesis on consumer behaviour. Zurich-based Taverna is the youngest head of secondaries to make our Young Guns list, having risen to the position within two years of joining the firm. He played a key role in designing a product aimed at mature portfolios and has helped grow Adveq‘s secondaries team.

Brilliant, creative and very humble – that’s how one market participant described New York-based Addeo. He joined Evercore just three years ago and has already made a name for himself. With headline deals involving VSS and Health Evolution Partners, as well as at least $1.3 billion in deals advised on to his name, Addeo is humbly making waves in the super-competitive advisory world.

Joe Goldrick has a habit of finding ‘off-the-run’ mid-market managers with spectacular track records to buy into, which is possibly why he made partner at Adams Street, one of the bluest of blue chip firms active in secondaries, in January this year. In the last 18 months he has led or co-led eight transactions, leads the firm’s banking relationships and co-leads its efforts evaluating cashflow characteristics of secondaries deals. Impressive.

Abecassis led his first secondaries deal at the tender age of 25 and he’s been a trailblazer ever since. His X-factor? Transplanting techniques from the hedge fund secondaries space to private equity. Readers may know him from the pioneering work he did restructuring the $650 million Polygon Recovery Fund, as well as the award-winning stapled deal he ran for Palamon. He has also closed over $4 billion in deals across alternatives and prior to Credit Suisse worked on securitisation – an area set to compete with secondaries in the larger end of the market. Watch this Young Gun.

Few Asia-based young professionals can boast they’ve helped lead a spin-out from a multinational bank and remained as a founding member. Hong Kong-based Jacob can. Creator of the firm’s valuation methodology, which he used to lead the valuation and investment audit for NewQuest‘s debut fund in 2011, Jacob holds two portfolio company board seats and is engaged in managing at least 10 portfolio assets.

Are you a captive private equity firm in the US? Thinking of spinning out? You might want to give Rampelmann at AlpInvest a call. Rampelmann had a hand in the spin-out of One Equity Partners from JPMorgan in 2015, as well as the spin-out of Richmond Equity Partners from Bank of America in 2013. He arrived as an analyst in the secondaries team in 2004 and over the course of 12 years has worked on 16 investments totalling $2.2 billion in committed capital. He also managed to sneak off to get his MBA and do a spot of direct investing for Warburg Pincus. Well, why not?

If there is a restructuring or major portfolio sale happening in Asia, there is a fair chance that it will hit Jacobs’s desk in Kirkland’s Hong Kong office. The Tasmanian leads the law firm’s secondaries practice in Asia and has been on both the GP and LP sides of the table for a number of large, complex restructurings. He counts HarbourVest Partners and Partners Group among his clients, as well as sovereign wealth funds and a host of other GPs and LPs. His CV includes in-house spells at Actis and CDC Group, so he ‘gets it’ from a client perspective.

Known as a deal closer, Creed’s expertise puts rivals in the shade. A director in Landmark’s real estate investment team, Creed has built an enviable industry network over the past 14 years, and the results speak for themselves. In December she closed a $200 million deal negotiated directly with a corporate pension fund, a complex process involving stakes in 12 private equity funds managed by five managers. Deal cred aside, what we loved was that on top of negotiating impressive deals, Creed still has time to mentor MBA candidates as keen on real estate as she is. Respect.

A specialist in fund restructurings, Boullé is a founding member of Weil‘s London funds team and has been lead associate on deals involving GMT Communication Partners and Credit Suisse spin-off aPriori Capital Partners. What struck us most about Boullé’s contribution to secondaries was his work on mapping out key steps and hurdles for complex deals, including tailored technical documentation.

It was Mohandoss’s expertise in technology, media and telecommunications that jumped out at us. The New York-based former member of Deutsche‘s TMT investment banking group has been putting his sector experience to good use in the market in the bank’s asset management unit, including its first co-investments in a payment processing company and an infrastructure bandwidth provider. Marquee deals include the restructuring of a mid-market North American fund. A sector specialist with a broad skill set.

“The banks will be back” read one of our headlines from February, referring to financial institutions returning as sellers this year. When they do, it’s likely they’ll turn to New York-based Unlu, who prior to UBS was at Citigroup where he helped execute the bank’s regulation-driven exits from alternative investments while there. His deal sheet includes the sale of Citi’s $1.5 billion stake in Metalmark Capital’s second fund and the bank’s sale of its emerging markets unit to Rohatyn Group. Volcker, bring it on.

Click here to view a printable version of our Young Guns of Secondaries.