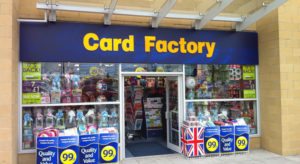 The State of Wisconsin Investment Board has sold its stake in UK-based Charterhouse Capital Partners’ CCP Fund IX to Adams Street Partners, according to a UK regulatory notice.

Fund IX raised €4 billion in 2009 and has invested in upper mid-market companies in Western Europe, primarily in the UK and France. Targeted companies have enterprise values of between €500 million and €5 billion and focus on the business services, leisure, financial services and consumer and industrial sectors, according to documents from Los Angeles City Employees’ Retirement System

Charterhouse used Fund IX to invest in UK greeting card retailer Card Factory in 2010. The firm floated Card Factory on the London Stock Exchange in May of this year, but has retained a significant stake in the company, according to its website. Card Factory’s 225 pence IPO gave the company a £766 million market capitalisation. Although the company priced at the bottom of its 225 pence to 240 pence range, it reportedly allowed the firm to quadruple its initial investment in the company.

Other portfolio companies include engineered foam manufacturer Armacell, which the firm bought from Investcorp for €500 million and Italian pharmaceutical company Doc Generici, which the firm reportedly paid €330 million for.

Still, Charterhouse had previously considered extending Fund IX’s investment period. The firm reportedly told investors at a May 2013 conference that it had only been able to deploy between 55 percent and 60 percent of Fund IX. Since then, the firm has made two more investments, buying stakes in Italian specialty cheese and food products company Nuova Castelli and e-learning content company Skillsoft, according to its website.

Fund IX limited partners include LACERS, Belgium-based investment firm Brederode and fund of funds manager Portfolio Advisors, according to PEI’s Research and Analytics division. The Irish National Pensions Reserve Fund was also an LP in the fund, but sold its stake to Lexington Partners in April.

Charterhouse hasn’t officially launched a subsequent fund but is gearing up to raise between €3 billion and €4 billion for its tenth fund, according to Secondaries Investor’s sister publication Private Equity International. The firm did not return a request for comment by press time.

Adams Street acquired the fund stake from Wisconsin using its last three developed markets funds from 2012, 2013 and 2014. The most recent fund, Adams Street 2014 Developed Markets Fund, is currently in market and has raised about $410 million toward its $1.05 billion target, according to PEI data. Adams Street also deployed capital from its Adams Street Global Secondary Fund 5, which closed on $1 billion in 2012.

The sale marks Wisconsin’s second private equity offload in one week. The pension previously sold its stake in 3i Eurofund III to The Blackstone Group’s Strategic Partners Fund VI. Last month, Wisconsin disclosed plans to sell a legacy private equity portfolio that was valued at about $203 million as of 31 December. It’s unclear if the Charterhouse and 3i funds are a part of the portfolio and Wisconsin was unavailable to comment at press time.