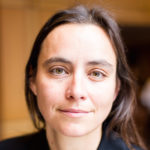 A number of large US public limited partners have pushed towards consolidating their GP relationships over the last few years, hoping to reduce fees and complexity and to increase returns.

Large alternative asset managers rejoiced at the prospect of bigger chunks of money being directed to their funds. Apollo Global Management and KKR each received a $3 billion separately managed account with Texas Teachers to be invested across private equity, real estate and energy among other strategies. And with consolidation came large portfolio sales, which secondaries buyers welcomed.

The poster child for that trend has been California Public Employees’ Retirement System, which generated at least $884 million in proceeds from sales of private markets stakes last year, representing at least 72 funds across 40 managers.

As the largest US public pension plan in terms of assets – it has $339 billion, including $25.9 billion in private equity – it carries a lot of weight in the private equity world, and when it announced in 2011 that it would begin a five-year strategic plan to cut its number of direct relationships to 30 quality firms, GPs listened carefully.

The results have been mixed.

While concentrating more money into fewer managers has worked to boost performance at Texas Teachers – its annualised 10-year private equity return topped the American Investment Council’s latest ranking of pension funds by private equity returns at 15.4 percent a year ago – CalPERS hasn’t been so successful. This year, it missed its benchmark, with its PE portfolio returning a 9.3 percent 10-year net internal rate of return for the period ended 30 June. Complexity and monitoring intensity haven’t diminished and CalPERS hasn’t benefited from significant fee reductions.

Its board and its new private equity consultant Meketa Investment Group are now rethinking the ‘core 30’ concept, according to CalPERS’ annual review meeting on Monday.

The pension is “not seeing the kind of partnership opportunities” it had envisaged, Steven Hartt, a principal with Meketa, told CalPERS’ board members during the meeting.

Meketa and CalPERS’ investment staff plan to study the possibility of refining its core 30 and it remains to be seen whether it will move deeper into separate accounts and co-investment activity (on the latter, Hartt pointed out a need build up on-staff experience to be able to do so effectively).

This is not a sign, by any means, that the trend for concentration of private equity portfolios has failed. Rather, it’s a realisation that CalPERS’ approach has not let it fully milk these fewer but deeper relationships. Secondaries buyers should expect further dealflow as other big US public pensions continue their consolidation plans.