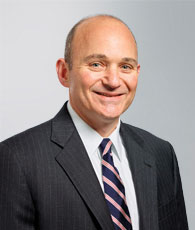 GP-led restructurings lays a tricky landscape for managers looking to entice new LPs into their funds, while keeping their current investors happy. Law firm Proskauer Rose’s Howard Beber and Michael Suppappola tell Secondaries Investor that despite having healthy scepticism, LPs are increasingly judging each deal on its merits.

How do LPs respond when a GP-led restructuring is proposed?

MS: It depends on a lot of factors, such as whether the GP is getting the message out early in the process and adequately explaining why it’s beneficial, or at least not detrimental, to LPs. No LP likes to receive a 100-page disclosure document and consent form from a GP without any colour on why it’s being pursued and why it’s in the best interest of the fund.

Due to some recent media reports and SEC scrutiny, LPs have developed a healthy scepticism towards GP-led restructurings. But as LPs become more accustomed to seeing these deals in the marketplace and GPs learn how to navigate conflicts, I think LPs will be increasingly inclined to judge each deal on its merits without negative preconceptions. There has been an increasing number of these deals over the last few years; the more you see them, the more you learn about them, which can increase your comfort level as an LP.

HB: There was a time when LPs just were inclined to not like restructurings at all. Their feeling was they were going to come out on the losing end, regardless of the transaction. They were also in a position of weakness in terms of information. That has changed over the years. Communication is better now because it has to be, to provide all parties a fair and open opportunity to properly evaluate any deal.

How much freedom do LPs have to negotiate in a GP-led restructuring?

HB: It depends on who they are, how big they are and how much they talk to each other. Typically, the GP is going to reach out to larger LPs or the advisory committee first to see the potential to get the deal done.

MS: Given the nature of these deals, negotiation ability tends to be limited for LPs that are not large anchor-type LPs or on the Limited Partner Advisory Committee. While you do occasionally see the LPAC and larger LPs significantly involved in negotiations from an early stage, it’s rare for all LPs to be involved.

That said, given requirements under a fund’s partnership agreement and the conflicts that often arise in connection with these deals, as well as the desire of secondaries buyers to have a certain threshold of LPs participate, GPs will usually need the consent of a certain percentage of LPs f0r the transaction. So it’s not that LPs in general don’t have any leverage, but individual negotiations with 30-plus LPs would take forever and the deal would never get done.

How common is the status quo option these days?

MS: It’s very common because it’s virtually a prerequisite now to moving forward without agitating LPs. So I do think we’re seeing a real move toward most GPs offering a true status quo [where LPs enjoy the same terms and conditions as previously] option, both from a fiduciary standpoint and as a means to get the deal across the finish line.

HB: That’s why we’re seeing more tender offers, which are the ultimate status quo. You either sell or stay where you are [as an LP] and nothing happens.

MS: Rolling LPs want to know that “status quo” really means status quo. Or, alternatively, be presented with a better deal for continued participation after the restructuring. I do think rolling LPs tend to respond very well when GPs offer to terminate ongoing management fees. They also want to be comfortable that the liquidation period will only be extended for a reasonable period of time that’s necessary to permit the GP to realise the full value of the remaining portfolio. On the other hand, selling LPs want liquidity, so they focus on price. A specific deal breaker in a GP-led restructuring is when the price offered by the secondaries buyer isn’t enough to entice the requisite threshold of LPs to sell.