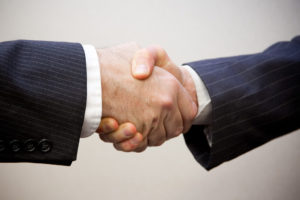 Vintage Investment Partners has made six promotions including two to partner level as it sets about investing its latest secondaries fund.

The Israel-headquartered firm, which invests across venture capital secondaries, funds of funds, late-stage investment funds and a co-managed primary fund account, promoted principals Asaf Honresh and Yoni Levy as partners, according to a statement.

Levy has been at the firm for around five and a half years having previously worked in corporate development for laser technology developer Ophir Optronics and as an economist with the Bank of Israel.

Partner Ehud Hai, who joined the firm in 2006 as chief technical officer, was promoted to general partner.

Senior associate Yonah Monk has been promoted to principal, while analyst Ameer Awadiyeh was promoted associate.

The firm also made two promotions in its operations team.

In August Vintage closed its fourth secondaries fund above its $175 million target on $215 million. Vintage Investments X was backed by US, Canadian and Israeli financial institutions, university endowments, foundations and family offices.

Vintage Investment Partners has $1.5 billion under management and is headquartered in Herzliya Pituach.