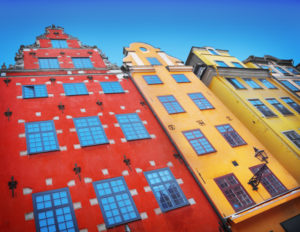 Verdane Capital, the Nordic direct secondaries firm, has acquired a majority stake in online jeweller Fashionable Development Europe, the ninth investment from its 2016-vintage fund, according to a statement from the firm.

Verdane bought shares in the Sweden-headquartered retailer, which operates under the brand name Safira, from its existing owners and made a primary capital commitment, partner Staffan Morndal told Secondaries Investor.

The size of the deal has not been disclosed.

Safira will now look to expand its footprint in the Nordic region and internationally.

Verdane Capital IX closed in July 2016 on SKr3 billion ($367 million; €313 million) after five months of fundraising, Secondaries Investor reported. Like all of Verdane’s funds, it invests in entire investment portfolios, parts of portfolios and individual assets.

The fund is around 40 percent deployed including follow-on reserves, Morndal said.

The 2013-vintage, SKr2 billion Verdane Capital VIII made its final investments in May 2016. It picked up 23 investments through seven individual transactions, according to the firm’s website. Investors in that fund include AP Fonden III and Finnish Industry Investment.

Verdane Capital has around €900 million in capital under management and has invested in more than 300 holdings over the past 14 years. The firm has 24 employees working out of offices in Oslo, Stockholm and Helsinki, according to its website.