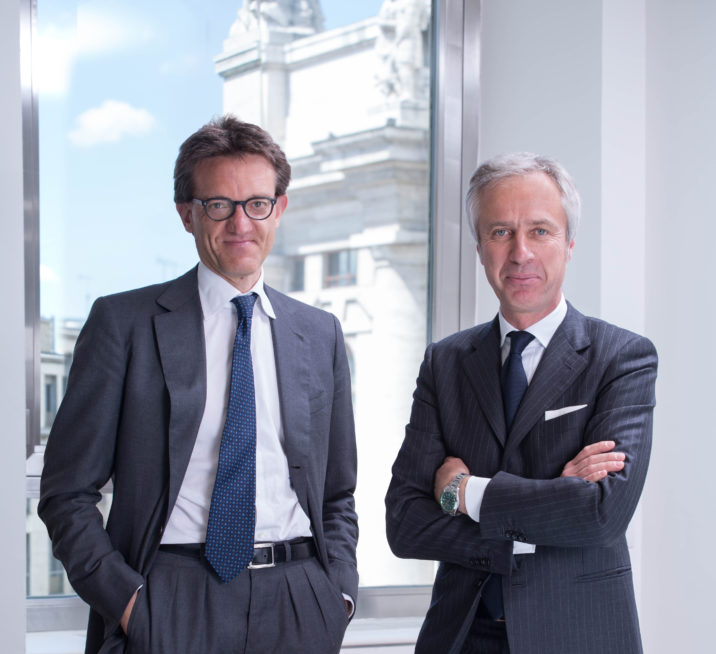 Who are you? It’s not a question that Mario Fera has ever really been able to answer, he jokes. It was the one question he faced most often from limited partners in Clessidra’s third fund when he took the reins of the firm last year.

In late September 2016 Fera, a former investment banker, addressed the staff of Clessidra as the boss for the first time. Just six months earlier he had been following developments at Italy’s foremost private equity firm like any other member of the Italian finance community: through the financial press.

And these developments had been dramatic; Claudio Sposito, the founder of the firm and still very much its figurehead, died after a short illness in January 2016. Clessidra had been marketing its third fund for around a year and had already held a first close on €400 million. Sposito’s death, and the key man event it triggered, threw the fundraise into disarray.

“It was a very trying period for all of us, including the investors,” says Rita Cortas, head of investor relations at the firm since 2009.

In the month of Sposito’s death Francesco Trapani, the firm’s executive vice-chairman, assumed the role of chairman, and partner and head of the investment team Maurizio Bottinelli became the new CEO. However, over the course of the following month, negotiations between Trapani and Sposito’s widow Manuela about the firm’s ownership failed, and the latter asked legal advisor Giuseppe Lombardi to search for an outside buyer for the firm.

At this point Fera alerted Carlo Pesenti, chief executive of Italmobiliare, the €1.6 billion holding company established by his grandfather in 1946, to the potential opportunity.

Fera had worked with Italmobiliare since 2009 and had recently helped Pesenti lead the company through the sale of Italcementi Group to HeidelbergCement, a transaction that had left the company with a €600 million cash pile to invest. The company already had some exposure to private equity, but wanted in as a “primary investor”, says Fera.

“I saw the opportunity for Italmobiliare almost immediately when I realised there was an entry point: it was time to go live on Clessidra. It is a fascinating platform that is on the verge of disappearing and we can probably recoup it and make it brighter and stronger.

“As an investment banker, I knew it as a source of potential dealflow. The founder had taken it from nowhere to establish it as the number one private equity firm in Italy: the secure entry point for international investors who want to access the Italian market. I always saw this from the outside as an incredible success story.”

The perception of success was backed by performance. An investor source says the firm’s 2009 second fund is currently delivering an IRR of “close to 20 percent” and a 2.2x multiple with four assets still to be realised. Its 2004 first fund is fully liquidated and delivered 1.3x investors’ money and an IRR of around 67 percent. Clessidra declined to comment on these figures. “When we heard that Sposito’s widow had decided to launch a process inviting other buyers, we raised our hand.”

Fera is confident that, of the bidders in the process (whom he declines to identify), Italmobiliare was the only participant from outside the private equity industry. He describes its approach as differing from the others because it wanted to buy and run the firm rather than just acquire the portfolio, although he declines to go into more detail.

“We stood up as an Italian investor for an Italian story,” says Fera.

The pitch was effective. On 9 May Italmobiliare signed the deal to acquire Clessidra for €20 million and the next day Fera and Pesenti went to work.

The fundraising period for Fund III had been due to expire in March 2016, but investors – of which Private Equity International understands there to be around 30 – had agreed to extend the window to allow a new ownership structure to be settled. “LPs were very supportive, both emotionally and professionally,” remembers Cortas.

Once the deal had been signed, Fera, Pesenti, Cortas and partners from the deal team began a process of face-to-face meetings that ultimately culminated with a successful vote in July to approve the new leadership – with Fera as CEO and Pesenti as chairman – and extend the fundraising period until the end of November.

Reassurance for LPs would come in the form of alignment with the firm’s new owner. Italmobiliare made a commitment of €90 million to Fund III, equivalent to around 16 percent of the final fund size. Anxious to avoid any suggestion that the firm was becoming the in-house investment arm of Italmobiliare, the team put in place various constraints on the owner’s role. It ceded its right to a seat on the LP advisory board, is not allowed to buy assets from or sell them to Clessidra without advisory board approval, and pays the same as other LPs in management fees.

Stepping into the void left by Sposito was never going to be easy. Fera and Pesenti met the team en masse for the first time at Clessidra’s offices in September, once the transaction had closed. They presented them with a vision for the firm based around “visibility” and “accountability”.

“I told them I want to bet on the younger team, on everyone’s ability to do well on Fund III, because it will be the foundation of Fund IV,” says Fera. “Juniors will get their chance on the next fund, which means more visibility and more accountability and feeling like more of a part of the story.”

Beyond inspiring words, this meant sharing the economics widely among the team. Fera declines to be drawn on exact numbers but says that around 80 percent of the latest fund’s carry is allocated to Clessidra staff, which includes “almost everyone”.

“If I reference this against other firms, or the Clessidra of old, it is unthinkable,” he says.

The firm’s old premises, with Sposito’s former office still uninhabited, also needed to be consigned to history. The week PEI sits down with Fera for this discussion, the firm has moved into a new (albeit less expensive, Fera assures us) office on Piazza Affari. The paint is barely dry on stark hallway walls and as yet only one other occupant – KKR’s distressed debt platform Pillarstone – has moved in two floors up.

“I was very adamant right from the beginning we had to move offices,” says Fera. “A psychological restart.” A line was finally drawn under Clessidra’s existential crisis when, in the last week of November, it announced the final close on €607 million for Fund III, albeit below its initial target of €800 million. A week later it was able to tell LPs that the fund had had its first exit: the sale of ABM Italia, a manufacturer of plastic storage boxes, just 18 months after acquiring it, to Keter Group, a portfolio company of BC Partners. With one exit the firm had returned 40 percent of investors’ committed capital.

With Fund III approximately 50 percent invested, plans for the future are understandably straightforward: focus on the core business of investing in, building and selling Italian-headquartered businesses.

“With Mario, we are thinking about expanding the business of Clessidra to other areas of alternative assets,” says Pesenti. “Probably sooner or later we could do this, but for now we are focused on the team, the private equity business and investing in our own country.”

FROM CEMENT TO DIVERSITY

The new owner of Clessidra is an investment holding company with industrial roots going back more than 150 years. It was created in 1946 by the grandfather of the current CEO, Carlo Pesenti, right, as a means to diversify the family’s assets away from cement and construction. It was listed on the Italian stock exchange in 1980 and is still controlled by the Pesenti family. Italmobiliare’s portfolio of assets is currently worth €1.6 billion, and spans direct majority and minority equity holdings, commitments to a small handful of private equity firms and a number of real estate assets.

The firm’s private equity portfolio comprises commitments to Chicago-based long-life fund manager BDT Capital Partners and Milan-based firms Aksia Group and Ambienta. The company aims to have 10 percent of its €1.6 billion in assets in private equity; it currently has an exposure of 6 percent to private equity and around €600 million in cash.