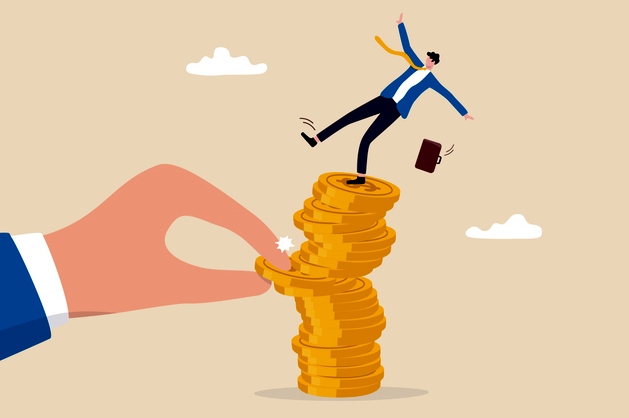 The season of volume reports is here, and the headline figures look good for the secondaries market. The first adviser to publish this time around was Jefferies, which put first-half global secondaries volumes at $57 billion, $11 billion up on the previous record H1 of 2021.

LP-led deals accounted for $33 billion, a 74 percent increase on the first half of 2021. Many LPs became overallocated to private equity, largely due to the outperformance of the asset class last year, and have sold portfolios to free up capital for reinvestment. There were eight $1-billion-plus portfolio sales in H1, the adviser noted.

GP-led deals accounted for $24 billion of H1 volumes by Jefferies’ reckoning, with buyout funds accounting for a full 85 percent. Single-asset continuation funds were the dominant type of GP-led deal, representing 60 percent of the market, as sponsors continued to see the value of holding onto their best assets for longer.

So far, so 2021. A closer look, however, reveals fissures that are likely to remain or widen in the second half.

Average pricing for LP-led transactions involving buyout funds was 91 percent of net asset value in the first half, compared with 97 percent in full-year 2021, as secondaries buyers sought a discount to reflect the steep decline in comparable public stocks. VC pricing fell by 17 percentage points for the same reason.

The secondaries market demonstrated admirable creativity in bridging the gap between buyers and sellers. The use of deferrals — allowing the purchase price to be paid in more than one instalment — has quadrupled compared with 2021, Jefferies found. As Secondaries Investor noted in June, many buyers have proposed preferred equity solutions, allowing them to pay a higher price in return for preferential returns from the portfolio.

This creativity will remain important in H2 as the pricing gap is unlikely to close soon. The feeling among sources to whom Secondaries Investor spoke this week is that sponsors, many of which are in market, will do all they can to avoid writing down their portfolios, at least to a level that will please secondaries buyers. When markdowns come, there tends to be a gap of several months before sellers are willing to accept these valuations as the new normal.

The secondaries market is highly likely to beat last year’s record of $130 billion. LPs still need to sell down assets in order to reinvest in PE, and the freezing up of the exit market will surely make continuation funds an increasingly popular option. The record is just looking increasingly unlikely to be broken in 2022.