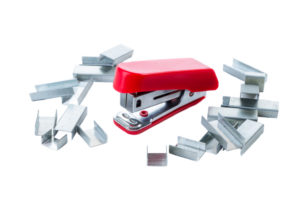 Fund restructuring is no longer a novel concept. A GP recapitalisation – whether a realisation, rollover, or something in between – can be a solution to the problem of having a fund slip into “zombie” status, a tool to address succession issues, a strategy to satisfy investors’ desire for liquidity, or a pathway for a fund to take advantage of opportunities not available when the fund was originally formed.

Fund restructurings are practically quite complex transactions. A mergers and acquisitions aspect may be layered on top of the fund restructuring issues, and issues surrounding new fund formation are often present.

The restructuring transaction requires the parties – the sponsor of the fund itself and the LPs of the existing fund (plus any new LPs coming in) – to focus on issues which don’t necessarily present themselves in a typical fund transaction, as well as more typical issues, such as valuation of the portfolio companies and other investments of the fund.

The restructuring transaction may take the form of a term extension, coupled with revisions to key terms of the fund agreement, which in addition to resetting carry, may include performance targets for the GP to meet, as a way to address concerns of LP who are rolling over. A fund can be “recapitalised,” with some LPs exiting as new LPs come in, or the GP can sell the funds’ assets to a newly-formed fund, buy out existing LPs who wish to exit, and ask new LPs to subscribe to the new fund.

Some of the most significant considerations confronted in any recapitalisation transaction are conflict-of-interest issues. In order to properly address potential conflicts, the GP should take great care to provide fulsome disclosure to both existing and prospective LPs.

Failure to fully inform investors of potential conflicts may impose significant risk on the GP. Section 206 of the Investment Advisers Act of 1940 provides that investment advisors may not “engage in any act, practice, or course of business which is fraudulent, deceptive, or manipulative”. A suit predicated on inadequate disclosure could potentially also be brought based on the language of the fund agreement.

Special attention must also be given to the fiduciary duties the GP owes the existing LPs, as these have the potential to give rise to further conflicts. The GP often stands on both sides of a proposed recapitalisation transaction, owing duties to the LPs of the existing fund, as well as to the prospective LPs of the new fund. Furthermore, the GP will be motivated by its own interests, potentially benefiting from the ability to bring stapled funding into the successor fund, reset carry, reap transaction fees from the recapitalisation, and have new dry powder to deploy. And, the interests of the LPs themselves are unlikely to all be aligned.

It cannot be stressed enough the amount of time and thought which needs to be dedicated to exploring the conflict issues arising from a recapitalisation. Disinterested third parties should be engaged to value the assets being transferred, and consideration should be given to hiring separate counsel for the new fund, at least with respect to the acquisition of assets from the fund being recapitalised. The GP should work closely with its advisors to determine what its preferred restructuring outcomes look like, and craft a presentation for the LPs which addresses their concerns while meeting the objectives of the fund managers.  Then, that preferred outcome can be paired with the information the GP already has, to create a roadmap showing how to get from where the fund currently is, to where the GP wants the fund to go.

The many potential conflicts arising from these situations, coupled with the increasing frequency of recapitalisation transactions, has attracted the attention of the Securities and Exchange Commission (SEC). The SEC’s Private Fund Unit has indicated its interest in focusing on such transactions, with a particular focus on “stapled secondary transactions,” where, in the SEC’s view, “new capital is diluted to the secondary sale.” Igor Rozenblit, co-head of the private funds unit in the SEC’s Office of Compliance Inspections and Examinations indicated as recently as June that the SEC will explore whether such transactions are fair to LPs, or require them to choose among bad options, a determination which is unlikely to have a universally-applicable answer, given the variety of motivations and interests different LPs are likely to have.

The complexities arising from fund recapitalisations, and the increased SEC focus on such transactions, should motivate fund managers to be exceedingly cautious when proceeding with a fund recapitalisation. While there may be excellent reasons to do a fund recap, and the outcome may be positive for all stakeholders, the considerations outlined above require that a careful, thoughtful approach, particularly with respect to disclosure of conflicts, is called for.

This story was initially published in Private Funds Management.