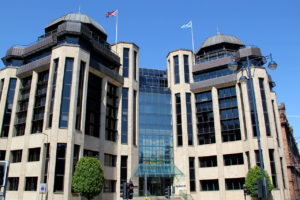 Standard Life European Private Equity Trust (SLEPET), the listed fund of funds of SL Capital Partners, increased its positions in funds managed by Advent and Cinven, according to its interim management report for the period ended 31 December 2014.

SLEPET acquired an interest in Advent Global Private Equity VI (Advent GEP VI), a 2008-vintage €6.6 billion fund. SLEPET paid £11.7 million ($18.1 million; €15.9 million) for the stake, which represents a 3 percent premium to the fund valuation as of 30 June, but a 5.6 percent discount when based on the most recent valuation date of 30 September. The original commitment was €12.9 million and outstanding commitments are roughly £0.5 million.

SLEPET had previously committed €12.5 million to the fund.

Advent GEP VI invested in mid-market to upper-mid-market companies, primarily in Europe and North America. The fund targeted between 30 and 35 portfolio companies with enterprise values of €200 million to €1 billion and is fully invested, a source with knowledge of the situation said.

SLEPET also acquired an interest in The Fourth Cinven Fund, which raised €6.58 billion in 2006. An original commitment of €15 million was acquired for £7.3 million, which represents a par price to the 30 June valuation price, adjusted for subsequent cashflows. It represents a 2.2 percent discount when based on portfolio performance as of 30 September. Outstanding commitments are roughly £1.4 million.

SLEPET held an original commitment of €21 million in the fund.

The Fourth Cinven Fund invested in large European buyouts. The fund fully exited allergy-testing company Phadia for $3.52 billion in 2011, after initially acquiring the Swedish company in 2006, according to media reports. The sale generated a 3.4x return. The sale of Dutch cable operator Ziggo also generated a 2.8x return for Cinven. The firm, along with Warburg Pincus, listed the company on the NYSE Euronext in 2012, according to its website.

LPs in the fund pay a 20 percent carry fee and 8 percent preferred return, according to documents from the Los Angeles Fire and Police Pensions, another limited partner. The fund also included a €65 million general partner commitment in addition to the €6.5 billion raised from external investors.

Pantheon is among other investors that have sold their stake in the fund, having sold its position to The Blackstone Group’s Strategic Partners last year. Tokyo-based Mizuho Financial Group also sold its stake to Lexington Partners.