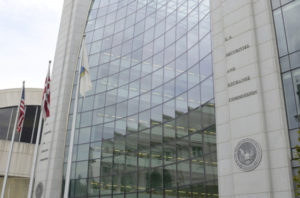 During a speech celebrating the 75th anniversary of the Investment Advisers Act, US Securities and Exchange Commission (SEC) chair Mary Jo White provided a glimpse into what issues the commission plans to tackle next as the agency seeks to broaden its supervision of the private equity asset class.

Speaking from the agency’s headquarters in Washington DC this week, White said specifically that:

An SEC spokesperson was not able to return a request for further details by press time.

The rule proposals, once unveiled, underscore the increasing supervision of the private equity industry, which only recently became an SEC focus area after the Dodd-Frank act forced GPs managing north of $150 million in assets to register with the agency in 2012. Chief Compliance Officers have told sister publication pfm in the past that certain requirements of the Investment Advisers Act, including its custody rule, have been an ill fit for private equity.

Rules governing succession planning would arguably be the most radical of the anticipated proposals.

Today, GPs are subject to few requirements when implementing a succession plan, which an increasing number of firms are considering as the industry’s original founders near retirement age.

Section 205 of the Advisers Act includes a provision requiring managing partners with significant control over the firm – either through ownership shares or representation on a management committee for instance – to gain LP consent before transferring a significant amount of control over to a colleague, third-party firm or investor. But beyond that, succession planning is largely an unregulated area.

“On these initiatives and others, we look forward to the continued dialogue with the asset management industry and its constructive input,” White said during her speech.